Defence Minister Peter MacKay has defended a controversial airlift from a 2010 fishing vacation as a rare chance to see search-and-rescue crews practise their training – a story already seriously undermined by military e-mail records.

The Globe and Mail has also learned that the minister was no stranger to search-and-rescue (SAR) demonstrations along the very same portion of Newfoundland's Gander River – having flown on a Cormorant there only 12 months earlier.

In 2009, he was a guest on what the military calls a "familiarization" flight, accompanying a search-and-rescue helicopter while it conducted landing and takeoff training in the vicinity of the fishing camp.

Earlier this fall, when news of the 2010 flight came out, the Defence Minister's office said the 30-minute trip from the camp to the Gander airport was an infrequent opportunity to watch the rescuers in action.

"After cancelling previous efforts to demonstrate their search-and-rescue capabilities to Minister MacKay over the course of three years, the opportunity for a simulated search and rescue exercise finally presented itself in July of 2010," Mr. MacKay's office said in September.

But far from being starved of opportunities to watch SAR crews in action, the Defence Minister had actually spent an hour on a search-and-rescue helicopter in the same region only one year previous.

In 2009, when Mr. MacKay was in Gander for an official announcement, he was invited along on a search-and-rescue training flight. His calendar shows he was there on July 7, 2009, to announce an investment for 9 Wing Gander, which supplies search and rescue services for the region.

This flight landed along the Gander River and also touched down in a tight spot with little room to park a helicopter – what the military calls a "constrained area."

Military e-mails that came to light last week showed that three days before the controversial 2010 flight, Mr. MacKay requested a helicopter on the grounds he had a last-minute need to head to London, Ont., "unexpectedly" on government business. They made no mention of a planned search and rescue exercise.

The same records showed a senior Canadian Forces officer warned against giving the minister a chopper airlift because of potential backlash.

The e-mails also show the minister's office told the military they could land their helicopter near the Burnt Rattle fishing camp in 2010 because they'd done it before.

"I am told by the minister's staff that last year the minister was flying near this location, and the pilot landed there (at a spot near the shore, perhaps a short distance away)," Colonel Frances Allen said.

On Monday in the Commons, Interim Liberal Leader Bob Rae all but accused Mr. MacKay of lying, saying the e-mails make it "very clear that those comments by the Minister of National Defence are simply not true."

Outside the House, he characterized Mr. MacKay as "a kid caught with his hand in the cookie jar," and urged the minister to apologize and "indicate that he misled the House of Commons."

Mr. MacKay dismissed his critics again on Monday, saying all that happened is, "I was called back from personal time."

Mr. MacKay's staff acknowledged the minister had flown training trips in the region before. "He has participated in demonstrations in the area and none of these previous flights related to personal time," spokesman Jay Paxton said in an e-mail.

The records are causing political grief for the minister, who is trying to persuade National Defence to tighten its belt to help the Conservatives slay Ottawa's big budget deficit.

Records released by the Department of National Defence last week show a senior officer raised concern about public fallout from the airlift.

"When the guy who's fishing at the fishing hole next to the minister sees the big yellow helicopter arrive and decides to use his cell phone to video[tape]the minister getting on board and post it on YouTube, who will be answering the mail on that one?" Colonel Bruce Ploughman asked in an e-mail.

A chopper wasn't necessary, military officials noted in an e-mail, estimating that Gander airport was two hours by boat and car from the fishing camp.

As director of the Canadian Forces aerospace operations centre in Winnipeg, Col. Ploughman adamantly advised against ferrying the minister in a search and rescue helicopter in his capacity.

"Given the potential for negative press though, I would likely recommend against it, especially in view of the fact the air force receives (or at least used to) regular access-to-information requests specifically targeting travel on Canadian Forces aircraft by ministers," the senior officer said in an e-mail discussion about the MacKay request.

"If we are tasked to do this, we of course will comply," he said.

The air force ended up conducting a reconnaissance flight ahead of the actual pickup to find a suitable landing spot near the Burnt Rattle fishing camp on the Gander River. It could not find one and chose to pick up the Defence Minister in a hoist after deciding the area was "unsuitable to conduct a landing in close enough proximity." 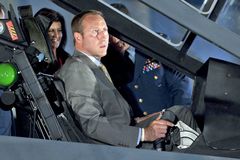 Why MacKay's helicopter ride touches a nerve in Newfoundland
December 2, 2011 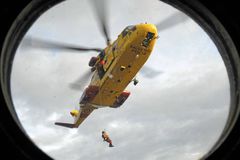 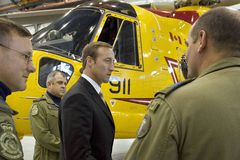 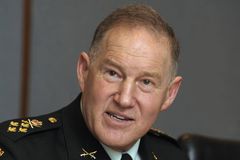 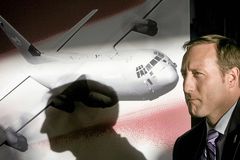 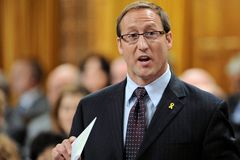