In November, 2009, eight-year-old Nikita Magnitsky was hoping to write another letter to his imprisoned father, when his mother gave him the bad news. His father, Sergei, a Russian tax lawyer who had been jailed in Moscow for nearly a year, had died at the hands of prison staff.

Nikita, now 16, and his mother, Natasha, are preparing to mark the eighth anniversary of Sergei's death. As some memories of Sergei fade, others linger, particularly those from that fateful day.

"I don't remember how the conversation started but I think we were talking about him in prison," Nikita told The Globe and Mail during a sit-down interview in Ottawa on Tuesday.

"I would usually send letters to him. I think I was asking about whether I could send another letter. And then I think she said that he was dead now."

Sergei Magnitsky was hired in 2005 as the lawyer for the Moscow-based Hermitage Capital Management hedge fund, owned by U.S.-born financier Bill Browder. He was arrested in 2008 after accusing Russian officials of theft. Investigations by Russia's human-rights council eventually concluded he was beaten to death by prison staff.

Mr. Browder has since led an international campaign targeting human-rights abusers worldwide, in honour of Sergei. The effort, which has involved Nikita and his mother, has resulted in the passage of Magnitsky laws in four countries, including in Canada. The original Magnitsky Act was passed by the U.S. Congress in 2012, in response to the death of Mr. Magnitsky. The act blocks certain Russian officials suspected of human-rights abuses from entering the United States.

The Magnitskys are in Ottawa this week celebrating the passage of Bill S-226, known as the Sergei Magnitsky Law. The legislation became law on Oct. 18, seven years after Mr. Browder initially approached then-Liberal MP Irwin Cotler to consider a Magnitsky-style bill that would give Canada the power to target human-rights abusers around the world.

"I would like to thank everyone who participated in getting this law to be in Canada," said Nikita, translating for his mother who spoke in Russian.

"We are very humbled that the law carries the name of Sergei Magnitsky."

Global Affairs Canada will work with the Treasury Board over the coming weeks to establish a list of individuals to be targeted under the Magnitsky legislation. Nikita encouraged the government to look at the "bigger picture" and consider all human-rights violators – not just those responsible for his father's death.

"Sergei isn't the only person in the world who went through injustice, so I am happy for anyone who gets justice. And I think that's really the main point of the law. Not to just honour Sergei, but to help other people now," he said.

Russia has vowed retaliation for Canada's passage of the law. Mr. Browder says he was the first target earlier this month, when Russia put him on Interpol's most-wanted list for the fifth time. Interpol later rejected the arrest notice.

Speaking at a conference in Sochi earlier this month, Russian President Vladimir Putin accused Canada of playing "unconstructive political games" in passing the Magnitsky law and accused Mr. Browder of "crime, deception and theft" while he lived in Russia. Foreign Ministry spokeswoman Maria Zakharova has also warned that Russia will sanction more Canadian officials if Ottawa targets any Russians with Magnitsky sanctions.

On Wednesday, the Magnitskys will meet with MPs and senators who made Bill S-226 possible. Nikita, an aspiring artist, is also hoping to present Prime Minister Justin Trudeau with a painting he created as a token of appreciation to the government for passing the sanctions law in memory of his father. He struggled to find words to describe how much a meeting with Mr. Trudeau would mean to him and his mother.

Nikita's love for art stems from his fondest memories with his father. He remembers wandering Russia's art galleries with Sergei, admiring the paintings. Nikita, who now lives in London with his mother, hopes to study art at an American university. Mr. Browder has made it his mission to help him get into the best school.

"I am trying to provide certain types of fatherly support and advice that Sergei might have provided," Mr. Browder said.

Although Nikita does not plan to follow in Sergei's professional footsteps, he will continue to support the call for Magnitsky laws across the world as a way to keep his father's memory alive.

"I think the most important thing you can learn from him [Sergei] is you need to stand up for what you believe to be true. And he always did that, no matter the situation. He would fight for what he believed was right. And I think that if everyone did that … it would make for a much better world." 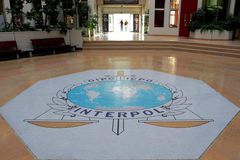 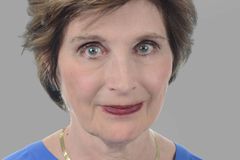 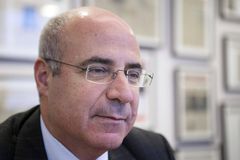