Despite harsh U.S. demands and threats from Donald Trump, a small majority of Canadians believe that Canada can protect its economic interests in the tumultuous NAFTA negotiations.

Slightly less than six in 10 Canadians are confident or somewhat confident that Canada can emerge unscathed from the North American trade talks, a new Nanos survey for The Globe and Mail says. The seventh round of talks begins in Mexico City near the end of February.

The survey comes amid the renegotiation of the North American free-trade agreement, in which Canada and Mexico are fighting a series of protectionist demands from the Trump administration. Economists have warned this is compounding unease already hanging over Canada's export-dependent economy.

On the flip side, the January, 2018, Nanos poll found 17 per cent of respondents are "not confident" Canada can succeed in preserving its economic interests and 22 per cent are "somewhat not confident." Four per cent are unsure.

That's a reduction in concern from last July's Nanos poll when 22 per cent registered as "not confident" and 27 per cent as "somewhat not confident."

In an unusual move, Canada's lead NAFTA negotiator took public aim at U.S. bargaining positions earlier this week, saying the proposal for government procurement is the "worst offer ever" made by the United States at the trade table.

"The U.S. offer on government procurement … is the worst offer ever made by the U.S. in any trade negotiation. It would leave us in a position where the country of Bahrain would have far better access to U.S. government procurement markets than Canada would, or Mexico would," Steve Verheul, an assistant deputy minister at the department of Global Affairs, said Tuesday.

The latest Nanos survey also found Canadians are divided on whether they believe Canada has a lot of leverage or bargaining power in the NAFTA talks. Thirteen per cent agree with this statement and 38 per cent "somewhat agree," while on the other side 13 per cent disagree and 30 per cent "somewhat disagree." Six per cent are unsure. These rules are not a significant change from Nanos polling on the same question last July.

Potential trouble spots continue to arise in the Canada-U.S. relationship. This past week Mr. Trump has complained about Canadian trade and threatened a tax on foreign imports – he offered no details – and U.S. Trade Representative Robert Lighthizer made a point of saying NAFTA talks are going "particularly well with the Mexicans."

Difficult talks remain on what percentage of a car must be U.S.-made. Washington is proposing all vehicles made in Canada and Mexico contain 50-per-cent U.S. content, on top of boosting the required amount of North American content in NAFTA-zone autos to 85 per cent from 62.5 per cent. Canada is warning this would drive production offshore.

On a separate matter, more than seven out of 10 Canadians remain of the opinion that it's unacceptable or somewhat unacceptable for Canada to change its government policies to match that of the Trump administration in areas where viewpoints diverge. That's not a significant change from a February, 2017, Nanos poll. 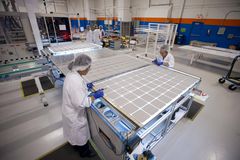 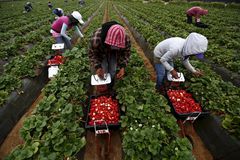 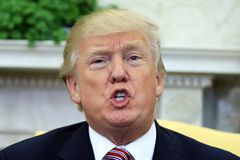