Manitoba's NDP government is raising the provincial sales tax and side-stepping a law that requires a referendum on the issue.

Tuesday's provincial budget increases the sales tax to eight per cent from seven per cent effective July 1. The province's balanced budget law requires a public vote on any increase to the sales tax, but the government said it has no time for a vote because it needs money to build flood-fighting projects.

"We'll waive the requirement ... for a referendum," Finance Minister Stan Struthers said. "We think we need to move very quickly. We can't afford to lose a construction season."

Manitoba was hit with one of the worst floods on record in 2011, with costs totalling more than $1.2-billion. Much of that will be recovered from the federal government through cost-shared disaster programs.

This year has turned out to be another wet one, and two independent reviews have urged the government to take new steps to fight flooding. The recommendations include a second outlet on Lake St. Martin and a new reservoir or channel on the Assiniboine River.

"We know major initiatives will be essential to protect homes, farms and communities," Struthers said. The government aims to take the tax back down to seven per cent after 10 years, he added.

"Raising any tax, no matter how small, is not an easy decision, but this revenue will help protect Manitobans against flooding and uncertainty."

Manitobans will face other increases as well. The tobacco tax was to jump at midnight Tuesday by $1 per package of 25 cigarettes, making Manitoba tobacco taxes the highest in the country. The average price of a carton will go to $113 from $105.

There will be some tax savings. Child car seats and baby supplies such as diapers and strollers will be exempt from the provincial sales tax. A 2011 election promise to eliminate school property tax for senior homeowners is to be phased in starting next year.

Overall, the government is counting on an extra $470-million in tax revenue this year and has promised to use it for roads, bridges and flood-protection projects.

The budget was quickly denounced by business groups and the opposition.

"Manitobans have the right ... to vote on all major tax increases that affect them," Progressive Conservative Leader Brian Pallister said.

The Retail Council of Canada said the tax hike will encourage more cross-border shopping and hurt the economy. The Canadian Federation of Independent Business said the government should look at cutting spending rather than increasing taxes for a second straight year.

Despite the extra tax revenue, the government projects a deficit of $518-million, down slightly from the current year's $583-million.

The budget may come back to haunt the NDP, which said during the 2011 election campaign that it was on track to balance the budget by 2015 without raising taxes. Last year, the government raised fuel and tobacco taxes, expanded the provincial sales tax to cover new items including home insurance and tattoos, and raised many user fees. It then pushed back its balanced-budget date to 2016-17.

The latest tax hikes are needed because flooding is becoming more costly, Premier Greg Selinger said, and the alternative was to take money out of health care, education and other services.

As for the decision to dodge the referendum, Selinger said a vote in the legislature will be enough. Manitoba is one of the few provinces with mandatory public hearings for all legislation, so that will be the public's opportunity for input, he said.

"We'll be accountable for that. Everybody will be able to come and speak to the bill," he told reporters.

"The vote will be in the legislature, as we're elected to represent the people of Manitoba." 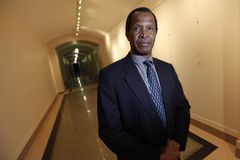 Why is Ottawa abandoning swaths of prairie grassland?
April 6, 2013 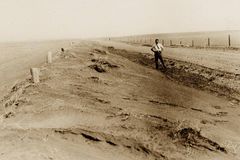 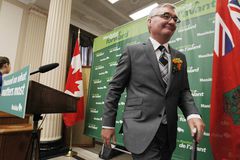