Buoyed by her party's victory in Manitoba's provincial election, NDP Leader Andrea Horwath is spending Wednesday on a frenetic, eight-stop swing through southern Ontario in a final push for votes before Thursday's election.

While the party has consistently trailed the Liberals and Progressive Conservatives, polls suggest it could be headed for its best result in two decades, and Ms. Horwath's final-day itinerary is taking her to several ridings the NDP believes it can pick up.

These include working-class Niagara Falls, where the party is hoping its roots in the region will help it wrest the seat from the Liberals.

"Last night, the NDP was re-elected in Manitoba. That's something we can all be proud of," she said at the strip plaza campaign office of local candidate, Wayne Redekop, a former mayor of nearby Fort Erie. "Tomorrow, we're going to do the same thing in Ontario."

One of the party's largest assets in the region was also on hand to rally the troops: retiring MPP Peter Kormos, who has represented Welland since the 1980s.

"Neither of the two other tired old leaders has the momentum that Andrea does," he said. "Both Mr. McGuinty and Mr. Hudak are going to be crying in their beer."

Ms. Horwath's pitch focused almost entirely on health care, clearly targeted to capitalize on local irritation at the closing of an emergency room.

Local bus driver Shane Mouradian, 42, liked that message. The father of five has been off work for over a month since suffering a heart attack. He said he had to travel to Hamilton for treatment.

"You go get 'em; I appreciate everything you're doing," he told Ms. Horwath after approaching her campaign bus in a Tim Hortons parking lot.

The NDP chief is also making a stop in Oshawa and two in Scarborough. Oshawa is a seat the NDP has won in the past; the party unexpectedly picked up two ridings in Scarborough in the federal vote last spring.

But Ms. Horwath is also hitting areas the party has not typically done well in, including suburban Mississauga, the university town of Guelph and Kitchener, in Ontario's technology triangle.

In her first appearance of the day, at a farmers market outside Toronto city hall, Ms. Horwath contrasted her plans with those of Liberal Leader Dalton McGuinty, who has been running a staid campaign in the final days.

"There was no way I was going to put my feet up today," she said.

The Liberals, meanwhile, took aim at the NDP leader for comparing herself to her counterparts in Winnipeg. They pointed out that, during the party's 12-year long administration in Manitoba, the government has cut corporate taxes by several percentage points, in contrast to Ms. Horwath, who is pledging to raise such levies.

Ms. Horwath shot back that Premier Greg Selinger has not made a reduction in the last year, amid the fragile economy.

The Ontario NDP has been consistently sitting around 25 per cent support in polls throughout the campaign. If those numbers hold, it could deliver the NDP its best result since the 1990 election that made Bob Rae premier.

The party also has much to gain from denying any party a majority: in a hung parliament, the NDP would hold the balance of power.

Much of the election will come down to vote splits, such as in ridings where the NDP cannot win, but can pull enough votes away from the Liberals to allow a Tory victory. 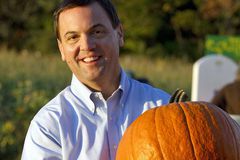 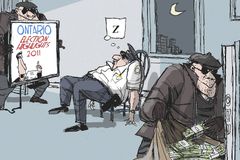 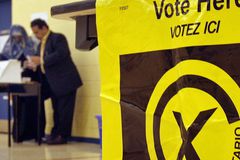 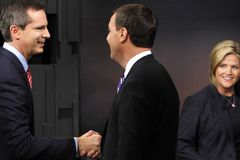 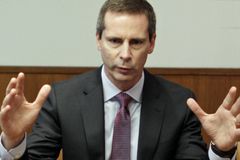 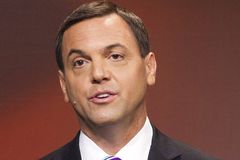