When the Conservative government falls Friday, many pieces of legislation will fall along with it, including a number of the government bills that had been revived after succumbing to previous elections and prorogations.

To spare some of the high-priority bills, the government has pushed 10 agenda items through the Senate, including a bill that will end the faint-hope clause that gives early parole to convicts serving life terms.

But others will not survive.

Those include Bill C-32, the act to amend Canada's copyright laws which is in its third incarnation and would legalize activities commonly engaged in by thousands of Canadians - such as copying a CD - but which would prohibit breaking digital locks placed on gadgets and media. It aims to provide fairness for the creative community in a day of iPods and easy downloads.

Among the other to fall, a contentious bill introduced in the Senate that would allow the Department of Indian Affairs to set regulations for drinking water on aboriginal reserves and the heavily criticized Bill C-10, an omnibus piece of crime legislation that would impose mandatory minimum sentences on a wide variety of drug offences, including possession of as few as six marijuana plants for the purpose of trafficking.

"The opposition has helped pass a number of bills through the House in the last six weeks. That's a good deal of progress," government House Leader John Baird said Wednesday.

"An election now would kill that progress. It would kill several important pieces of legislation."

They will be joined in death by a number of Conservative crime bills, including the amendment to the Criminal Code that would have made it easier for ordinary people to make citizens' arrests.

Some closely watched private members' bills will also be killed, including NDP legislation that aimed to untangle the seriously flawed Access to Medicines Regime, which would allow cheap copies of brand-name drugs to be produced and shipped to poor countries.

That bill made it through the House of Commons, and received support from celebrities like K'naan and Margaret Atwood, but the Conservative-dominated Senate would not agree to fast-track it through the Red Chamber.

But 11 government bills received Royal Assent on Wednesday, including legislation that:

- Repeals the "faint-hope clause" that allowed murderers to obtain early parole after 15 years.

- Makes gasoline retailers more accountable for the accuracy of their pumps.

- Toughens sentences for fraud and requires judges to consider restitution for victims.

- Allows judges to impose consecutive parole ineligibility periods on people convicted of more than one first- or second-degree murder.

- Allows a court to require that an offender or defendant to provide sample of body fluid to enforce compliance with a probation order.

- Cracks down on crooked immigration consultants.

- Allows airlines to communicate passenger information to a foreign state for flights over that country that don't land.

- Permits the government, at the request of a foreign state, to freeze the assets or restrain property of foreign nationals whose countries are in a state of turmoil or political uncertainty.

- Amends the Motor Vehicle Safety Act and the Canadian Environmental Protection Act to bring Canada into compliance with its international trade obligations.

- Eliminates parole for white collar criminals who serve just one-sixth of their sentence.

It is extremely unlikely that additional bills will get through the House of Commons on Thursday because politicians will be consumed with debate around the budget. And, even if a bill were to be passed by MPs, it would require unanimous consent to get it through the Senate before the end of the week.

But there are two bills that have been passed by the House of Commons that are now before the Senate which could become law by Friday. They include legislation to:

- Define the compensation system for veterans. 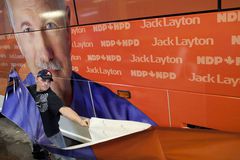 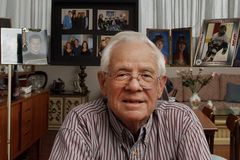 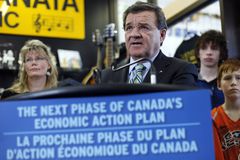