Despite a few difficult months for Pauline Marois's minority government and the Quebec Liberals being in the midst of a leadership race that has garnered little attention, the voting intentions of Quebeckers have barely moved since the September election. Is it likely that they will remain steady?

Probably not. With the handling of the summit on post-secondary education receiving mixed but somewhat positive reviews, and the Liberals poised to select their next leader in little more than two weeks, there is a strong possibility that Quebecers will break the political gridlock that currently exists in the province.

The Parti Québécois has retained the 32 per cent support they received in the last election, according to a weighted average of the latest (pre-summit) polls. The Liberals have dropped a single point, to 30 per cent, while François Legault's Coalition Avenir Québec (CAQ) has slid three points to 24 per cent. Québec Solidaire has increased their support by three points to 9 per cent, while 5 per cent of Quebeckers support either Option Nationale, the provincial Greens, or another party.

With so little movement having taken place, Ms. Marois would likely win another minority government if an election were held today, increasing her party's representation in the 125-seat National Assembly to 57 from 54. The Liberals, currently under the interim leadership of Jean-Marc Fournier, would win 48 seats, the CAQ would take 18, and Québec Solidaire would hold on to the two seats they currently occupy.

There are enough close ridings that a slim PQ majority is possible with current levels of support, due in large part to the PQ's edge among francophones (they have averaged 38 per cent in the last two polls, compared to 27 per cent for the CAQ and 22 per cent for the Liberals). A victory by the Liberals is also plausible, but if an election were held today the PQ would have better than 2-to-1 odds of winning it.

The virtual three-way split in voting intentions has held since the last vote. In the 10 polls that have been released since the election, the PQ has scored within two points of the September vote's result in eight of them. Only once has the PQ been pegged at a level of support greater than three points more than what they received at the ballot box.

Liberals down without Charest

Whereas the Parti Québécois has hardly budged, the loss of Jean Charest has nudged the Liberals down a notch. They have been equal to or below the 31 per cent of election night in every poll since the election, but seem to be on the upswing since the new year. While the party was averaging about 28 per cent support in the last months of 2012, they have managed 30 or 31 per cent in every poll since.

The CAQ has also taken a bit of a tumble since the election, and scored only 20 per cent support in the last poll by Léger Marketing for Le Devoir and the Gazette. The more recent CROP– La Presse poll put the third-place party back to 27 per cent, suggesting that Mr. Legault's supporters are a little more fluid than those of the more established Liberals and PQ.

The CAQ has held on to the lead in and around Quebec City, averaging 34 per cent support. That is down four points since the last election, but the party has been wobbling back and forth in recent surveys (perhaps due to the smaller sample sizes common for the region). The PQ, however, has gained seven points since the election to reach 29 per cent, putting them ahead of the Liberals (28 per cent). The PQ has been above the 22 per cent they managed in the September vote in four of the last five polls, while the Liberals have been below their 31 per cent result in every survey since the election.

Elsewhere, support has held relatively steady. The Liberals lead in and around Montreal with 33 per cent, followed by the PQ at 30 per cent and the CAQ at 21 per cent. Québec Solidaire is strongest around Quebec's largest city, with 10 per cent support. In the rest of the province, the PQ leads with 34 per cent to 29 per cent for the Liberals and 24 per cent for the CAQ. Since the election, support has shifted by three points or less for every party in both regions.

The summit on post-secondary education has the potential to the move the dial forward for Ms. Marois. Though most participants left the summit unhappy, the compromise that was reached is likely to find favour with the population. A pre-summit CROP–La Presse poll showed that 48 per cent of Quebeckers were favourable to indexation of tuition fees, the plan that was adopted by the government. By contrast, a quarter of respondents preferred higher fees while only 14 per cent opted for a freeze in tuition. Little more than one-in-10 Quebeckers supported free tuition, the primary demand of the protesters who gathered after the summit came to a close. And support for the right of students to strike fell to only 36 per cent from almost half of respondents a year ago.

That puts the PQ on the right side of the argument, and it should not come as a surprise if their poll numbers improve as a result. Ms. Marois could certainly benefit from a boost. Her personal numbers have dropped in recent weeks compared to where they stood in the months following her election win, when about 25 per cent of Quebeckers thought she was the best person to be premier (putting her ahead of Mr. Legault and Mr. Fournier in most polls) compared to the 21 per cent who do now.

The end of the Liberal leadership race could blunt any gains the PQ makes. The perceived frontrunner, Philippe Couillard, has the potential to improve Liberal fortunes considerably. The latest polls suggest he is Quebeckers' favourite of the three candidates (former cabinet ministers Raymond Bachand and Pierre Moreau are the two others) by a large margin, and that he could vault the Liberals ahead of the PQ in provincial voting intentions.

This could leave Mr. Legault and the CAQ in the lurch. Already Mr. Couillard has stated that he hopes to bring as many CAQ supporters as possible back into the Liberal fold, an absolute necessity if the Liberals are to regain favour among Quebec's francophones. If he is successful, he may be tempted to bring the minority PQ government down at the first opportunity. But if Ms. Marois can benefit from this week's summit, she may be able to stay in the premier's office for at least another year. 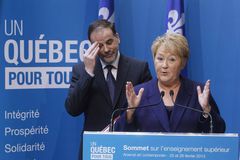 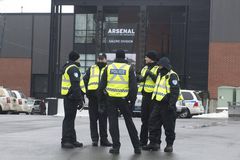 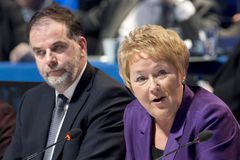