Dick Pound's gift of his voluminous archives to McGill University was supposed to lift the lid on some of the Olympic movement's best-kept secrets, but to this day, the material is stuck in boxes, potentially for decades to come.

A lack of money at McGill to process the "Richard W. Pound Olympic Collection" is a key issue, but the biggest problems are legal. Mr. Pound, a top member of the Olympic family for decades, accumulated sensitive material over the years. There is confidential medical information from his days at the heart of the fight against doping, for example, or police material related to the Salt Lake City corruption scandal.

In both cases, privacy laws in the United States and Canada have stopped the material's release.

Still, a movement is building to unlock a small portion of the 400,000 pages of documents, related to two of the most infamous Olympics: the 1936 Summer Games in Berlin and the 1972 ones in Munich.

There is a memorial currently under construction in the Bavarian capital to honour the memory of the 11 Israeli athletes who were taken hostage and killed 43 years ago, and the organizers are hoping to showcase all related material as part of an archive collection.

Mr. Pound, a 73-year-old tax lawyer in Montreal, is a self-described "pack rat." His Olympic career started off as a swimmer at the 1960 Games in Rome. He stayed in the movement and eventually reached the highest echelons of the International Olympic Committee. As part of his role in charge of the Olympic broadcasting rights, for example, Mr. Pound accumulated correspondence into the late 1990s with Leni Riefenstahl, the Nazi-era filmmaker who shot a famous documentary of the Berlin Games.

"Any historian of this period should have access this to these important archival documents," David Ulich, an American lawyer who is a member of the co-ordinating committee for the Munich memorial, told The Globe and Mail.

"We are indeed interested in seeing any documents related to the Munich Olympics for the purpose of our museum and memorial research. We also have a great interest in the work of Leni Riefenstahl, who has been in contact with Richard Pound over film rights."

Various groups are now lobbying McGill to grant them access to the documents.

He was the founding chairman of the World Anti-Doping Agency, established in 1999, to co-ordinate the international fight against doping.

After his retirement, he donated his archives to McGill, where he served as chancellor from 1999 to 2009. The quantity of documents is staggering: 350 boxes of Olympic history that ranges from the drama of the Ben Johnson doping scandal to backroom negotiations for TV rights. There are 700 printed titles and a significant body of regalia, including more than 850 pin sets, medals, statuettes, coin sets and 12 Olympic torches.

In 2011, McGill signed a deal with the University of Texas at Austin to process the documents, all with the goal of making them "available for research by the university and others in the future." However, the university's lawyers quickly shut down the project because of the state's privacy laws

The material is now back at McGill, where the collection is "closed." The university's former provost, Anthony Masi, said in a 2014 letter to a lawyer seeking access to the documents that legal and financial issues forbade their publication, even as part of a "limited" release.

"For reasons of confidentiality and protection of privacy, we believe that much of the material in that collection cannot, at least at the present time, be lawfully reproduced or made accessible," said Mr. Masi. "We at McGill think rendering these documents public will only be possible gradually and over a long, perhaps very long, period of time."

Reached at his law offices in Montreal last month, Mr. Pound acknowledged there were legal issues with some of the material, such as the police investigation into the Salt Lake City bid. Still, he said he wants other material to come out as quickly as possible.

"It's not as if we were dealing with nuclear secrets at the IOC," he said. "It's hard to imagine what stuff that I shouldn't have that nobody in the public can have."

Mr. Pound added that he will take up the cause with the new provost at McGill, Christopher Manfredi, who started on July 1. The goal will be to make sure that the lawyers are not going too far in restricting access to the material.

"I gave them all to McGill on the basis that they would be made available for study by academics and others who are interested," Mr. Pound said. "The condition surrounding my giving of the stuff to McGill was that it would be available, warts and all."

In an interview, the university's dean of libraries opened the door ever so slightly to an eventual publication of some of the material. Colleen Cook was studying in Germany at the time of the 1972 hostage taking, and said she could look once again at whether Mr. Pound's archives can shine a bit of new light on the events.

"A small chunk of things that could be reasonably defined … we could look in three or four folders," she said. "We may or may not be able to do something about that, but we like to be able to say yes." 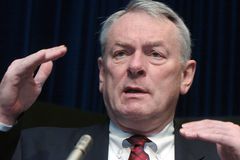 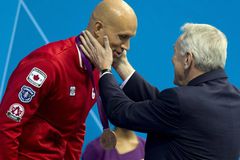