Unlike so many of the other measures that may be necessary to adapt Ontario's finances to its new economic realities, it's ostensibly more about building than about tearing down.

But as a break from the past, from the ideas and ideals that guided previous policies, the planned growth of the province's gambling empire is right up there with the recent decision to shutter Ontario Place. And it says even more about what we have become, and what we can no longer afford to be.

Faced with a $16-billion deficit, and dismal growth projections that threaten to drive that figure higher still, even Dalton McGuinty – a straight-arrow labelled "Premier Dad" for his proclivity toward nannyism – feels compelled to put the bottom line ahead of his own misgivings. And in so doing, he has taken yet another step toward jettisoning whatever remained of the WASPy aversion to vice that's underpinned his province for most of its existence.

With the exception of an expansion into online gambling, none of the individual measures proposed on Monday by Ontario Lottery and Gaming Corporation chair Paul Godfrey – and embraced on the spot by Finance Minister Dwight Duncan – is all that new in and of itself.

There have been casinos in other parts of Ontario for the better part of two decades, so it's no great shock there will soon be one in the Greater Toronto Area. Slot machines have been scattered around racetracks since the late 1990s; now they'll just be elsewhere. Lottery tickets have been available at your neighbourhood convenience store since the 1970s; since you're likelier to go to the supermarket or the big-box store, they'll be there too. The private sector already operates some gaming facilities; now it will operate more of them.

But taken as a whole, the new vision for OLG adds up to something radically different – a tough-minded (some would say cold-blooded) business plan without any of the usual moral squeamishness.

Since the mid-1970s arrival of a provincial lottery, governments have gone to some length to make it look as if their push for gambling profits has some nobler purpose – be it regional economic development with casinos in Windsor and Niagara Falls, or propping up rural communities by putting slot-machine revenues toward the horse-racing industry. And there has been much talk of "social responsibility," which has led Ontario to avoid some potential revenue generators and to decline to market others as aggressively as it could.

Now, for the first time, it will be purely about profit. With what is somewhat euphemistically described as a "more market-driven and consumer-responsive" strategy," Ontario will try to milk every single dollar there is to be spent.

Mr. McGuinty, a man who launched his career at Queen's Park with a private members' bill to raise the age at which cigarettes can be purchased, might once have been pleased to learn that few Ontarians under 45 are spending on gaming. But that's no longer a luxury he has – not when the additional $1.3-billion in annual revenues OLG has promised is desperately needed to keep core services operational. So he has given his blessing to additional "tax on the stupid," as a reporter phrased it in the very first question put to Messrs Duncan and Godfrey on Monday.

None of this will make Ontario unique. Most other provinces already spend more per capita on gambling, and part of the incentive for the new strategy is the need to compete with other jurisdictions, not to mention the offshore companies that serve the online market.

If anything, what we're seeing is Ontario shedding what previously made it stand out. It still has its antiquated liquor laws, for now, because those suit the government's financial interests. But it can no longer pretend it's about anything more than that.

Nor do most people within government even want to pretend any more. There have been few reports of gambling decisions ripping apart Mr. McGuinty's cabinet the way the introduction of casinos did to Bob Rae's.

Or at least, most ministers are fine with it. The one known exception is Jim Bradley, who perhaps not coincidentally is currently the longest-serving member of the Legislature.

The Ontario that existed when Mr. Bradley took office in the 1970s bears little resemblance to the one today. And no doubt, it will look even more unrecognizable after the years of building and tearing down ahead. 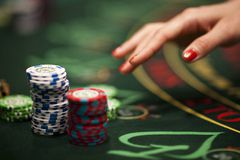 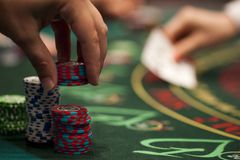 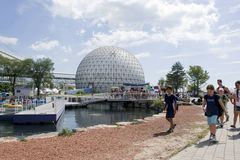 Your ideas on how to remodel Ontario Place
February 17, 2012 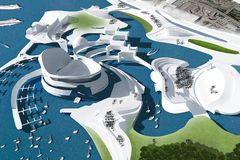 Ontario's government is game to the idea of a Toronto casino
January 16, 2012
new
Border cities decry proposal to open casino in Toronto
January 13, 2012 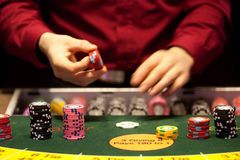