Ontario municipalities must ask themselves if they can afford to continue allowing police and firefighters to bank unused sick days during these tough economic times, Premier Dalton McGuinty said Wednesday.

The governing Liberals are trying to impose new contracts on tens of thousands of teachers that would eliminate the practice of banking unused sick days to be cashed out at retirement.

The controversial legislation sparked a massive protest by teachers who say they feel betrayed by the government they've supported for nine years.

The government, which is facing a $15-billion deficit, just can't afford those benefits anymore because they need the money for programs like full-day kindergarten, Mr. McGuinty said after touring an empty Toronto school.

"Municipalities are going to have to ask themselves those kinds of questions, but from our perspective those are one of the things that we've got to take a new and fresh look at today," he said.

Mr. McGuinty said he's focused on provincial workers rather than employees like police and firefighters, who are municipal employees.

But that hasn't stopped his government from zeroing in on teachers, who are employees of school boards. Both municipalities and school boards receive money from the province.

"What I can say is that we will do what is necessary to ensure we achieve our fiscal targets," Mr. McGuinty said.

"We'd like to be able to do that by way of collective bargaining, but one of the things we have to convey to our partners in no uncertain terms is that we have no new money ... for pay."

Mr. McGuinty could help by curbing costs of the Ontario Provincial Police as the provincial government continues to negotiate new contracts, said the Ontario Association of Police Service Boards.

Provincial police can't bank sick days, but their contracts have an impact on those of other municipal police forces, it said.

"We agree with the premier's comments that municipal forces need to curb costs; however, the Ontario Association of Police Service Boards further calls on the provincial government to take responsibility for the costs of its own police — the OPP."

Dave McFadden, president of the Police Association of Ontario, says this is a collective bargaining issue.

"People are aware that policing is dangerous and police officers put their lives on the line every day — every minute — and associations need to work closely through collective bargaining to ensure that members receive a responsible compensation that reflects that reality," he said in a statement.

Progressive Conservative Leader Tim Hudak, who's advocating a pay freeze for all public sector workers, said Mr. McGuinty is running out of money after nine years of throwing cash at every problem.

"We need a comprehensive approach across the board when it comes to pay and benefits in the public sector," he said.

"Whether you're a teacher, doctor, a firefighter, police officer, I think it should be fair and equal."

If the Liberals want to clamp down on bankable sick days, they should have a conversation first with the workers involved and their employers, said NDP Leader Andrea Horwath.

"It's not something that should be rammed through the legislature with a ham-fisted approach," she said.

"They're basically taking away something that they had given in the past, so they need to have that conversation with those stakeholders." 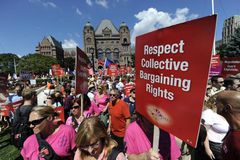 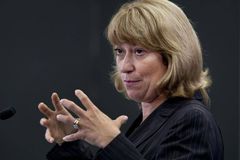 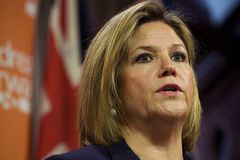 Bill to impose teachers’ contract will not be a confidence motion, McGuinty says
August 17, 2012