Students who send classmates hateful text messages or shove them in the hallways at school could be expelled under tough new anti-bullying legislation introduced in Ontario.

The legislation would make it clear that inappropriate student behaviour, including bullying, sexual assault, gender-based violence and incidents based on homophobia, will not be tolerated in the province's elementary and secondary schools. It would also impose a legal obligation on school boards to address bullying and take steps to stop it, including possibly expelling students.

"We want our schools to be warm, welcoming, safe, secure and accepting," Premier Dalton McGuinty said in Question Period on Wednesday. "We want all our kids to feel free to be who they are."

That is not reality for far too many students. Bullying is an underestimated and pervasive problem in the province's schools, Education Minister Laurel Broten said on Wednesday in introducing the legislation, known as the Accepting Schools Act. A survey of students in grades 7 through 12 done by the Centre for Addiction and Mental Health in 2009 found that almost one in three students has been bullied at school.

The consequences of bullying all too often lead to tragedy. A 15-year-old girl in Eastern Quebec, Marjorie Raymond, committed suicide on Monday after enduring years of abuse at her school in the Gaspe Peninsula.

But she is just the latest victim of schoolyard bullying. Ottawa teen Jamie Hubley took his life last month after becoming a target of bullying due to his sexual orientation. Mitchell Wilson, an 11-year-old boy with muscular dystrophy, killed himself in September after he was jumped by a 12-year-old boy he knew from his elementary school in Pickering, east of Toronto. Jenna Bowers-Bryanton, a 15-year-old aspiring songwriter from Truro, N.S., killed herself last January after months of bullying at school and online.

Mr. McGuinty said students should feel free to be themselves, regardless of their ethnicity, religion, gender and sexual orientation. He has created his own YouTube video that adopts the same reassuring " It Gets Better" message that CBC funnyman Rick Mercer delivered in his online rant last month, which went viral.

The proposed legislation would designate the third week of every November Bullying Awareness and Prevention Week. It would also require school boards to support student activities that promote gender equity, anti-racism and gay-straight alliances.

For any students who get expelled, they can continue with their studies in special classrooms set apart from their regular school.

"It's not as if we're going to send them out there into a void," Mr. McGuinty told reporters.

The proposed legislation provides a rare opportunity for the new minority government in Ontario to work together with the Official Opposition. As it turns out, Progressive Conservative education critic Elizabeth Witmer introduced her own anti-bullying private member's bill the same day. Her bill has been in the works for two years, she told reporters.

"I think we have a shared purpose," Mr. McGuinty said in Question Period. "We need to speak with one voice on this issue together as adults in the province of Ontario. Our intention through this bill is to send the message loud and clear."

"No party has a monopoly on compassion for our kids who are being bullied for whatever reason," Mr. Hudak told reporters. "Here's something we all care deeply about. I think this gives us a chance to put aside the usual political gamesmanship and get something done." 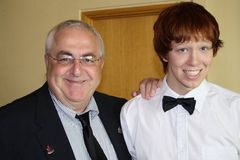 Opinion
The pink elephant in the classroom
October 26, 2011 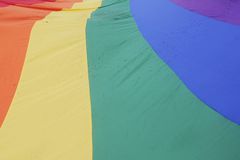