Zach Paikin was eight years old when he made what might be considered his first political speech. His father, broadcaster Steve Paikin, had taken him to a 1999 election campaign rally for Dalton McGuinty. From atop a picnic table, the Ontario Liberal Leader kept repeating a line – "we gotta get rid of Harris" – a reference to then Conservative premier Mike Harris. When young Paikin started to echo the refrain, the local riding candidate, Mike Colle, promptly grabbed the microphone and raced over to where the Paikins were seated.

It was, Mr. Paikin says now, a defining moment. "From that point on, I knew I was a Liberal."

Twelve years – and countless other rallies – later, the kid's passion for politics has not ebbed.

At the federal party's biennial conclave next week in Ottawa, Mr. Paikin is vying against four rivals to succeed Joan Bourassa as national policy chair. He has spent several months crisscrossing Canada in search of votes.

Routed in the last federal election, a demoralized Liberal Party is trying to redefine itself and regain a toehold on relevance.

Inevitably, its policies on everything from investing in transportation infrastructure to fostering renewable energy to legalizing and regulating cannabis – and how it arrives at them – will be front and centre in that exercise.

Another top priority is new blood. "One of the party's challenges is we haven't undergone a true generational change for too long," veteran party strategist Rob Silver allows. "The same now old [people] mostly white, mostly men, have been running things for decades. Zach's a fresh face, with fresh perspectives. That's a good thing for the party, whether he wins or loses next weekend."

Still, smart as Mr. Paikin may be, it clearly says something about the state of Liberal desperation that he – and two other under-25-year-olds – stand a chance of taking command of the national policy reins. Such a coup would have been unthinkable even five years ago.

If it seems the height of chutzpah for a university student to stake a claim to the party's inner sanctum of power, a few minutes in Mr. Paikin's company will probably suffice to establish that he is no ordinary 20-year-old.

The firm handshake, the steady eye contact, the polished, measured sound bite – virtually everything about him suggests precocity, an ability to deliver the external grammars of modern political engagement. More critically, he has mastered the content too – a facile gift for assimilating and regurgitating key facts, numbers and issues.

Nor, in politics or out, will it hurt that Mr. Paikin is fluently bilingual (courtesy of high-school matriculation from the Lycée Français de Toronto), more than functional in Hebrew, Arabic, German, Italian and Spanish, and boasts "a tiny bit of Mandarin." He is now working on Farsi.

Ironically, Mr. Paikin's problem may be that he is at once too fast, too glib and too intense to be taken with the seriousness he covets and may deserve.

"Zach is absolutely a credible candidate," says Alf Apps, the party's president. "He's a rising star and a good thinker. He has the courage of his convictions and does not blow with the wind. So he's a serious guy. And he has the momentum of those seeking a generational shift. But he is up against some tough competition."

Can Mr. Paikin actually win next week? "I wouldn't rate it as likely," says one senior Liberal strategist, who requested anonymity. "Zach is a great young guy, obviously very bright, a bolt of enthusiasm, wonderfully keen. But a lot of Liberals are shaky about putting the policy process in the hands of someone who is too young to rent a car. And there are three candidates under age 25, so even Liberal youth are not 100 per cent behind him. It would be a lot easier if he had that solid phalanx. Zach doesn't."

Mr. Paikin does not read it that way. Having three youth candidates "triples our chances," he insists. "We need new leaders. We need to be open – open nominations, open primaries. We need to move beyond the old partisan feuds." With polarization in vogue in the U.S. and in Europe, "it's not the Liberal Party alone that we are saving," he says. "It's liberalism in general, a party at the heart of Canadian politics."

The eldest of three sons from Steve Paikin's first marriage (there's also an eight-year-old half-sister), "Zach took to politics like a fish to swimming," says his father, genial host of TVO's The Agenda and author of several bestselling books on politics.

"He was always that kind of kid, gung-ho about things. He never had balanced interests. Once, driving to Ottawa, every time we hit a new municipality, Zach would write down the name and the population and start asking questions."

Another time, the elder Mr. Paikin dropped into his son's bedroom one night. Instead of finding him absorbed in a Harry Potter novel, he found him "studying maps of the Toronto Transit Commission. He was 8."

When his son arrived in Toronto before his winter break from McGill University (he's finishing a BA in Middle Eastern studies and political science), "he asked me to choose from my library the best books on the history of the Liberal Party in Canada." He's already finished most of them.

During an hour-long conversation this week, Mr. Paikin stuck like a seasoned politician to his core messages – the urgent need for Liberal renewal and more grassroots involvement in policy processes.

He sees the recent electoral debacle (the Liberals finished third last May, lost 43 seats and 7 per cent of the popular vote) as "a distinct opportunity to embrace serious change. It will be a long, possibly a decade-long, rebuilding process. But we can create the most open political party in the history of Canada."

How will it do this? In part, by stealing pages from the Tory playbook of strategic messaging to the electorate, according to issues they care about. "That's key," Mr. Paikin says. "You can have different, non-conflicting messages that speak to different communities."

He denies, however, that politics constitutes his sole preoccupation. He may not spend time playing hockey or obsessing over rock bands. But he closely follows the fortunes of the Leafs, Blue Jays, Red Sox and the Argos. And he likes to travel, which, he adds with a twinkle, "goes very well with women."

His last serious relationship was with a Lebanese Muslim woman, also a Liberal. Mr. Paikin, who is Jewish, says they had many passionate discussions about the Middle East. "There was a lot of common ground," he says. "The problem is people don't talk enough. We need to put the terms 'pro-Israel' and 'anti-Israel' aside – and look at the issues objectively."

In addition to his academic load, Mr. Paikin writes regularly for student newspapers, appears frequently on radio and TV talk shows, sits on the board of directors of MP Irwin Cotler's Mount Royal riding, and is a non-resident intern with the Hudson Institute and a research associate with the Jewish Institute for National Security Affairs, both based in Washington, D.C., and both associated with right-wing thinking on the Israeli-Arab conflict. He says he averages six hours of sleep a night.

Pending next week's results, he intends to pursue either a graduate degree in Middle Eastern studies or a law degree.

Meanwhile, he sees the Ottawa conclave as the party's "one chance" to begin to effect serious change. "We can't do that without a new generation of leaders in place. We can't just wait for the next messiah or say we are one election from retaking power. Those days are done. We have to modernize our machinery, if we don't want to lose a generation of young voters to the NDP. This is an existential battle."

Michael Posner is a Globe and Mail feature writer. 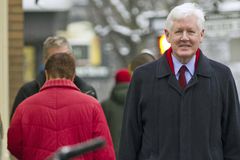 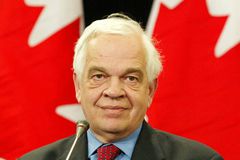 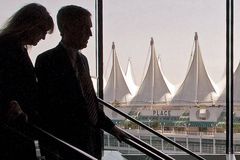 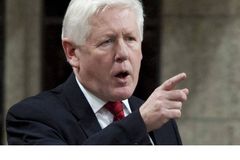 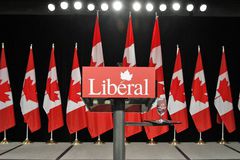 Are Liberals up to challenge of total strategic overhaul?
December 20, 2011 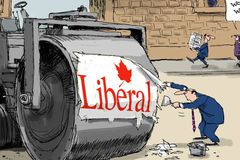