A delegation of activists from Mexico – including the son of a community leader who was murdered after raising concerns with the Canadian embassy – are calling for an investigation into the actions of diplomats who allegedly supported a Canadian mining company accused of human-rights abuses.

The Public Sector Integrity Commission says it is considering the formal request for an investigation filed by the activists this week. The activists also met privately on Tuesday with senior Canadian government officials.

The call for an investigation comes on the heels of a major announcement by International Trade Minister François-Philippe Champagne that Canada will create a new watchdog position with a mandate to investigate human-rights complaints against Canadian companies operating in other countries.

Once it is established later this year, the watchdog would have the power to investigate allegations. It can also recommend sanctions, such as the withdrawal of the diplomatic supports that embassy staff regularly provide to Canadian companies.

However, the advocates from Mexico expressed concern on Tuesday with the government's plan, noting that the new watchdog – officially known as the Canadian Ombudsperson for Responsible Enterprise – will only investigate complaints after the fact. The advocates said Canada needs to set clearer rules to prevent embassies from supporting companies that are engaged in questionable activities.

"Our concern with the new announcement of the ombudsperson is that it will fail to give communities and affected people access to justice," said Michel Mijangos, of the Mexican Network of Mining Affected People, at a news conference.

MiningWatch Canada has been working with local human-rights advocates for several years, raising concerns over the relationship between Canadian diplomats in Mexico and Blackfire Exploration. The Calgary-based junior-mining company operated a barite mine in Chicomuselo, Chiapas from 2007-09, when it was shut down shortly after a local opponent of the mine, Mariano Abarca, was murdered in a drive-by shooting.

Jose Luis Abarca, his son, is part of the delegation that travelled to Ottawa. He said his father asked Canadian diplomats to protect those who were protesting peacefully against the mine, but that the embassy sided with the company.

"The Canadian embassy knew about the risks and it failed to act," he said.

The company, which is no longer active, has long denied any involvement in Mr. Abarca's death.

The RCMP raided the company's office in 2011 as part of a criminal investigation into alleged bribes of a small-town Mexican mayor, but the case was dropped by police in 2015.

Jen Moore of MiningWatch Canada said embassy officials should have clearer guidelines for their role in relation to Canadian companies accused of shoddy environmental or labour practices.

"We need to think about ways of pro-actively ensuring that Canadian embassies are not perpetuating, through their actions of support of companies, conditions of risk and harm for land and human-rights defenders," she said.

Ms. Moore also said the new watchdog position at Global Affairs is focused on investigating companies and may not be prepared to address complaints involving Canadian government officials.

The delegation met on Tuesday with Christopher Berzins, the Trade minister's director of policy, and Jean-Benoît Leblanc, a director at Global Affairs. They also met with Members of Parliament.

The new Global Affairs watchdog has not yet been appointed. The current Public Sector Integrity Commissioner is Joe Friday, who was appointed in 2015. The office was created in 2007 to investigate wrongdoing in the federal public service.

A spokesperson for the Integrity Commissioner's office said a "full analysis" of the activists' allegations will be conducted within 90 days to determine if the office will launch an investigation according to the Public Servants Disclosure Protection Act. 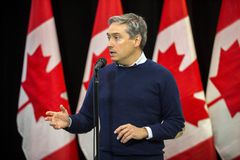 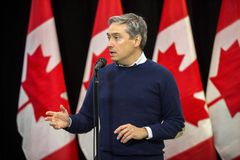