New Mexican President Enrique Pena Nieto wants ties with Canada to be a priority in the country's foreign policy, rather than the on-again, off-again interest of two countries distracted by relations with the United States, Mexico's ambassador says.

Ambassador Francisco Suarez Davila arrived in Ottawa a week ago with a mandate to pursue a new deepening of relations between the two countries – not just for dealing with the U.S., but also as direct trading partners, and potential diplomatic allies on the world stage.

"I think I have arrived at a very opportune time. The political stars are aligned," Mr. Suarez said in an interview with The Globe and Mail. "That's the indication I have received from President Pena, to go beyond the rhetoric to really establish that Canada is a priority for Mexico's foreign policy. It's a real priority: Canada, itself, apart from the North American [regional dynamic]."

It is a simple but important signal in Canada-Mexico relations: that the two countries should see each other as important for more than just what that means in dealing with the United States. They have been trade partners in the North American Free Trade Agreement since 1993, and from time to time expressed a desire for stronger ties. But the interest has blown hot and cold. Both countries' perspectives on North America are, of course, dominated by relations with the U.S.

"It's a fact of life that we have this big elephant in between. It's there. But we don't at all like the idea of an off and on approach," Mr. Suarez said. "Sort of, you know, oh now Mexico is important, but until that time, no, it's more important for us just to have a relationship with the United States."

The "political stars" that Mr. Suarez refers to is that changes in both capitals are coming at the same time as Ottawa tries to re-focus Canadian foreign policy around major emerging markets, and Mr. Pena is signalling new interest in Canada.

Mr. Suarez, an economist who has served as Mexico's envoy to the International Monetary Fund and to the Organization for Economic Co-operation and Development, noted the two countries are already important to each other in economic terms, as each other's third-largest trading partners.

He noted that Mexico and Canada joined together to fight protectionist U.S. meat-labelling rules, known by the acronym COOL, by challenging them at the World Trade Organization, winning a decision from a trade tribunal.

"We acted together with the WTO. We've got the decision. And we're ready to act, taking possible reprisals if they don't fulfill the WTO. Common vision and common action," Mr. Suarez said.

He said that Mexico and Canada can strike a similar alliance in 12-nation talks for the Trans-Pacific Partnership, to ensure that the talks stay focused on economics and trade, and that it is not used by the U.S. to jockey with China for political influence.

Within North America, Canada and Mexico have common interests in integrating the continent's three economies, by pushing for better-aligned infrastructure – notably railways and oil-and-gas pipelines – across the continent. That, and cheap energy – from the U.S. shale-gas revolution, and extensive oil and gas in both Canada and Mexico, can lead to a revival of North American manufacturing if it's combined with integrated infrastructure and better transportation costs, he argues, leading to "the re-industrialization of these countries."

For many in the United States and Canada, however, the question is whether it is Mexico, with lower labour costs, that will benefit primarily from a revival of North American manufacturing. American auto manufacturers and Canadian companies like Bombardier have built plants in Mexico to take advantage of lower wages.

But Mr. Suarez argues that's a short-sighted argument. Mexico, with a young population, can offer a labour force to the U.S. and Canada, but also a market with a middle class of 50 million people. And Canadians can benefit when their companies manufacture in Mexico, he argues. "You developed Bombardier as a very successful enterprise in Canada," he said. "They are building airplane parts [in Mexico]. Those airplane parts are sent to Canada, and they integrate the Bombardier full units here. But at a cost where they can where the Bombardier planes can compete better with the Brazilian planes, or whatever."

Editor's note: A earlier version of this story incorrectly stated the number of countries involved in the Trans-Pacific Partnership. This version is now correct. 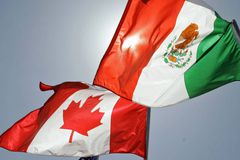 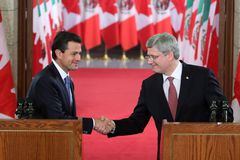 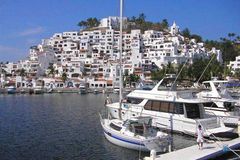 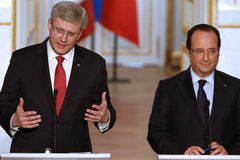 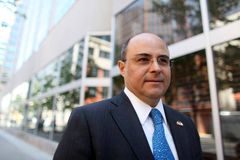