The Senate is currently considering Bill C-290, An Act to amend the Criminal Code (sports betting), introduced by NDP MP Joe Comartin, which would legalize betting on single sports games, an activity that is currently banned here and in all but four U.S. states.

The Senate should defeat this bill.

This legislation comes as governments across Canada are changing the landscape of gambling. Ontario, for one, has outlined numerous measures to expand online gambling, as well as build new casinos throughout the province. Coupled with these provincial changes, it is easy to understand why this bill could increase gambling revenues by hundreds of millions of dollars a year.

If governments are seeking to increase revenues, doing so through conventional means would be far more efficient and progressive. In 2009, it cost governments across Canada $7.1-billion to collect $13.8-billion in gambling revenues, with the remaining $6.6-billion for government coffers. This is a very inefficient and costly revenue stream.

This revenue also comes at a great social cost. Children, lower-income families and people with compulsive personalities are disproportionately affected. The Canada Safety Council has estimated that over 200 suicides a year are attributable to gambling-related problems.

The argument that the gambling industry creates good jobs is unfounded. Statistics Canada shows that compared to non-gambling industries, gambling industry jobs are lower paying and require fewer skills. These are not the highly paid, skilled jobs governments say they want to create.

Some who argue for this bill say single game betting already takes place either illegally or off-shore, via the Internet. This argument fails to recognize that provincially regulated casinos will never be able to offer the same odds as off-shore or illegal operations. The solution to eradicating off-shore betting lies in giving enforcement agencies the tools necessary to deal with this illegal activity.

Still others argue that gambling is provincial jurisdiction and that the federal government should cede more control to the provinces. This fails to acknowledge that gambling falls under the federal criminal code power. Furthermore, the provinces are not unanimous in their support for this bill, something that was a prerequisite for the 1985 federal-provincial agreement on gambling.

Finally, single game betting undermines the integrity of professional and amateur sport. There has not been a major betting scandal in North America since Major League Baseball created the Commissioner of Baseball in response to the Black Sox Scandal of 1919. In Europe, where single game betting is legal, sport is rife with game-fixing scandals. Professional leagues, along with the NCAA (of which Simon Fraser University is a member), will take a tough line on Canada if this bill passes. The NCAA bans all championships in jurisdictions where single game betting is legalized.

A very different, and perhaps the most important, reason for the Senate to defeat this bill is process.

The Globe and Mail reported that "this bill was passed unanimously by the House." In fact, a number of MPs, myself included, are opposed to this bill.

In a highly unusual occurrence, debate on this bill collapsed and it passed through all stages without a standing vote. To my knowledge, no opposition private members' bill has ever passed through the House of Commons in this manner. For this reason, a defeat of this bill would not be inconsistent with the wishes of the House, as those wishes were never properly recorded in a vote.

The Senate normally exercises great caution when deciding to amend or defeat legislation sent from the elected House of Commons. Defeat of this bill would be a measured and appropriate application of the Senate's constitutional duty of "sober second thought."

Michael Chong is the Member of Parliament for Wellington-Halton Hills. 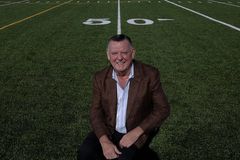 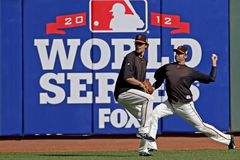