A senior Foreign Affairs official is blaming the Canadian military for shortcomings in monitoring Afghan detainees for abuse, saying Forces brass have hindered this "monumental task" by refusing to aid diplomats in the task.

Cory Anderson, currently on leave from his job, also raised serious doubts to a Commons committee about the wisdom of transferring detainees to Afghanistan's notorious intelligence agency, the National Directorate of Security.

He declined to say that Canada should stop handing over prisoners to the NDS but said there are major problems with the agency that should "give us pause" to review whether it is a "viable partner." He cited its secrecy, untrustworthiness and susceptibility to bribery and tribal pressures.

Mr. Anderson has several years of experience on the Afghan file including a posting there. He told MPs probing whether detainees were knowingly handed over to torture that he had to watch what he said because he had been warned not to divulge anything that could be considered vital to national security.

"What I have been told is that I, as a public servant, am still under the terms of any public servant and that is being determined by the Ministry of Justice, in my view, quite rigidly."

The diplomat told the Commons committee on Afghanistan that the May, 2007, revamp of Canada's detainee transfer agreement with Afghanistan was instrumental in improving the ability to monitor detainees transferred by Canadian soldiers.

But he also criticized the military for repeatedly declining to use its close connections to Afghanistan's intelligence service to help diplomats with their inspections.

Mr. Anderson said the revamped May, 2007, agreement resulted in a two-tier system that left Foreign Affairs to fend for itself in monitoring.

"The Canadian Forces enjoy an intimate and comprehensive relationship with the National Directorate of Security on a daily basis related to all aspects of military operations and intelligence gathering, but refuse to wade into the one facet of that relationship where adherence to our international obligations is most at risk."

The diplomat decried "endemic and systemic duplicity within the NDS, especially at the provincial level, that exists to this day, and renders it virtually impossible to have an open and transparent relationship with their officials on the ground in Kandahar."

Instead of using their ties with the NDS to help pry more information out of the intelligence agency, the Canadian Forces does little more than drive diplomats to their inspections. This forces "civilian departments, namely [Foreign Affairs]to implement an extensive monitoring regime where the military's only role is that of providing transportation to and from the facility, along with the general security that [this]entails."

Mr. Anderson said this places "the monumental task of monitoring within an inherently secretive institution such as the NDS on a handful of Canadian civilians" who are "viewed with suspicion and lacked the comprehensive relationship with NDS officials."

The debate over Canada's conduct in Afghanistan - and whether it turned a blind eye to torture or knowingly handed over captives to serious maltreatment - has morphed into a pitched political battle between the Harper government and opposition parties. The Tories have refused to offer an uncensored version of events, even in the face of threats by rivals to find them in contempt of Parliament.

Justice Minister Rob Nicholson defended Ottawa's position, saying MPs do not have an unlimited right to see state secrets that could compromise national security. "Our parliamentary privileges are not indefinite and not unlimited," Mr. Nicholson told the House Wednesday. "The exact scope of those privileges have been a matter of debate since Confederation." 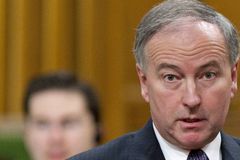 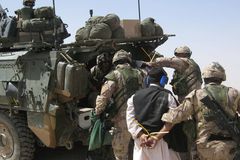 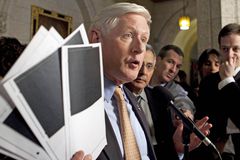 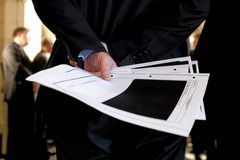 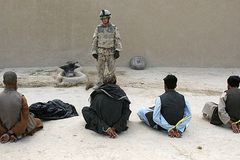