There was a fair amount of fretting within air force ranks about the impact last year's bombing campaign in Libya was having on Canada's aging fleet of CF-18 fighter jets and the country's ability to keep pilots in the cockpits, newly released documents reveal.

The multi-role fighters were called upon to enforce a UN-sanctioned no-fly zone, which eventually led to the ouster of dictator Moammar Gadhafi.

Soon after arriving in March, 2011 at their forward base in Trepani, Italy, the Canadian contingent found they were flying six missions per day — far more than air force planners expected. They eventually flew 10 per cent of all NATO strike missions.

Two months into the protracted campaign, there was an intense internal debate about increasing the number of aircraft from seven to nine, prompting military planners to raise a caution flag about wear and tear on the fleet of 77 jets.

"There is concern amongst various staffs that the effect of such an increase on sustainable sortie generation rates may not be well understood by all concerned," said a May 20, 2011, briefing to General Walt Natynczyk, the country's top military commander.

That note, along with a separate one, underscore how the country's small air force strained under the weight of the mission, says a former top air force commander.

Retired lieutenant-general George MacDonald, a former vice-chief of defence staff, said the briefings put new emphasis on getting a replacement program on track.

The Harper government has been mired in a political-accountability fiasco involving the F-35, the leading contender to succeed the current fleet.

"There's no doubt the replacement fighter (program) needs to get going in the fairly near future if it's going to replace the CF-18 in a reasonable length of time," Mr. MacDonald said.

The CF-18s have been modernized, but are not due to be replaced until 2020.

As the conflict raged in Libya, NATO pleaded publicly among allies for more fighters.

During the election campaign that spring, Prime Minister Stephen Harper adamantly ruled out sending reinforcements, but the documents reveal the country's expeditionary force command pushed around the same time to increase the overall contribution from seven to nine aircraft, including extra maintenance staff.

A table attached to the briefing outlined scenerios with six, nine and 12 aircraft, and the impact each would have on servicability.

In terms of a jet's airframe life, every hour spent on combat sorties equals three of regular mission use at home, the table spells out. The Libya campaign had the potential to add 9,000 flying hours to jets that were already well into middle age.

Documents tabled with Parliament last spring show that prior to the Libya mission, the CF-18s had already used up about 73 per cent of their life, which is estimated at roughly 8,000 hours per aircraft.

The briefing note warned that a "permanent surge" in fighter operations could be "sustained indefinitely, if accompanied by a reduction in support to other users," which meant domestic operations such as Norad and other routine missions involving the navy and army.

The issue was revisited in a separate briefing on Aug. 12 where it was noted that "even surge efforts of a short duration will serve to disrupt the capacity" of the system to stay within yearly flying limits.

Those budgeted flying limits were raised from 13,200 hours to 15,049 hours because of the Libya campaign, a spokeswoman for National Defence said in an e-mail note late Friday.

Kim Tulipan also denied there was much wear and tear on the jets, and even said training was more hard on the airframes than combat.

"From a structural-fatigue perspective, the missions flown in Libya had a significantly reduced effect on the fleet as compared to rigorous flight training, which typically involves more structurally demanding manoeuvres," she wrote. "As such, there has been no 'shaved off' life expectancy."

Mr. MacDonald also pointed to concerns in the documents about pilot manning levels, which hover around 80 per cent.

"That has been the case for some time and we've heard the commander of the air force say that it's a pipeline air force, that they are first-tour pilots in many cases," he said. "The experience level has dropped off for the number of pilots (that) are available." 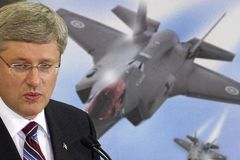 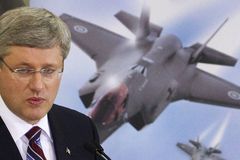 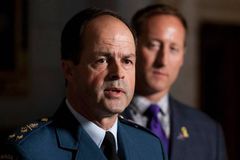