With a newly-won majority, Ontario Premier Kathleen Wynne has high hopes of passing a raft of legislation in the fall session, which began Monday.

Bills ensuring the minimum wage keeps pace with inflation and the government does a better job of planning infrastructure are among the many she hopes to finally pass.

But her Liberals also face backlash over the bailout of troubled research incubator Medical and Related Sciences (MaRS), pressure to show progress eliminating the deficit and tough choices over selling pieces of the electricity system to raise the funds to build new public transit.

Add to this a trade mission to China next week – the first of Ms. Wynne's term – and it will make for a hectic two months.

Here are the five things to watch for in the new session.

The Liberals have 12 bills left over from the summer session to get through, plus a further 14 from the previous legislature that died on the order paper before the election.

One proposed law will index the minimum wage to inflation – the Grits already hiked the wage to $11 an hour by executive order last spring, but they need the legislature's approval to ensure it increases regularly. This measure is part of Ms. Wynne's "fair society" package of social legislation that she pledged when she became Premier.

A second priority for Ms. Wynne is the Infrastructure for Jobs and Prosperity Act, a bill that would oblige the province to create regular plans for building infrastructure – including highways, subways and hospitals. One of the Premier's promises is to end the start-stop, haphazard nature of infrastructure building in the province, and this bill is meant to do that.

Other legislation includes proposals to have MPPs post expenses online, ban the use of coal for electricity generation, bring in calorie counts on menus and pump up the province's recycling system.

The Liberals have so far spent more than $300-million trying to salvage a failed real estate deal, in which MaRS built a new office tower in downtown Toronto but then failed to find tenants for two-thirds of the space.

A central question in the scandal is why the province gave MaRS a $224-million loan three years ago. The government has refused to provide any of the paperwork explaining what business case – if any – MaRS had for getting the money.

On Monday, the Progressive Conservative opposition pressed Ms. Wynne to order the documents released. She suggested she would release some, but said much of it is commercially sensitive and she will not make it public.

MaRS dominated Question Period Monday. In perhaps a sign of the tone to expect in the legislature this session, as Ms. Wynne stood to answer the first question, PC MPP John Yakabuski called out: "What planet are you buying next?"

The Liberal budget may have passed just three short months ago, but it's already time for Finance Minister Charles Sousa to update it.

The key measure will be whether the government can show progress on its plan to shave billions off the deficit by next year and reach balance in 2017-18.

A labour deal with AMAPCEO, a union representing civil servants, will help him argue the province is serious about controlling labour costs. An even bigger help for Mr. Sousa would be finding that ministries are underspending their budgets, which could allow him to revise this year's deficit figure downward.

The Liberals are walking a fine line, trying to make cuts to erase the $12.5-billion deficit without alienating left-leaning voters by drastically slashing services.

Labour will be a similarly tricky balancing act: the Grits must get unions to agree to net zero contracts – where any increase in salary is offset by a cut to benefits, or vice-versa – without driving away the allies in organized labour that helped the Liberals win their majority.

Battling the Beer Store, hiving off some hydro

The panel also suggested squeezing more money out of the privately-owned Beer Store and publicly-owned LCBO – the two provincial monopolies on alcohol retail – to compensate for the lost revenue of selling off part of Hydro One.

To do this, Mr. Clark has said, the government will have to stand up to the cartel of brewing giants that own the Beer Store – Molson Coors, AB InBev and Sapporo – and force them not to pass on the cost of added taxes or fees to customers.

The panel has also recommended bringing in new rules to force the Beer Store to give more prominence to craft brews. As it is now, Mr. Clark said, the Beer Store seems to give preference to brands owned by the big three brewers, while craft beers that must pay the cartel to sell their product through them are hard to find.

Selling off Hydro One's distribution, including Brampton Hydro One, has already raised the anger of the NDP, who are calling for a referendum before the sale.

The Liberals have made clear they have no intention of holding a referendum on the matter. But expect the NDP to continue this line of attack, accusing the Liberals of emulating the Progressive Conservative government of the 1990s, through the session.

Ms. Wynne's planned Ontario Retirement Pension Plan doesn't roll out until 2017, but the province has a lot of work to do preparing it.

Not only do they have to figure out exactly how it will work, but they must also set up the administrative structure to collect the money and manage the funds.

The Premier said over the weekend that this will require more legislation.

Wynne ready to tap the Beer Store for infrastructure funding
May 12, 2018 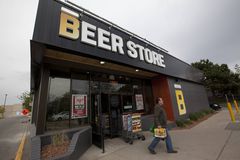 Wynne ‘absolutely willing’ to act on asset panel’s recommendations
May 12, 2018 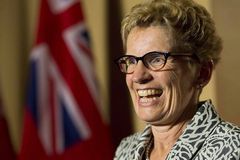 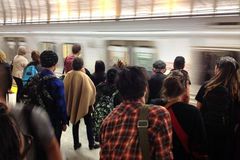 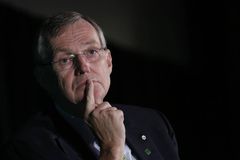 Ontario to no longer allow border agents on road safety blitzes
May 12, 2018 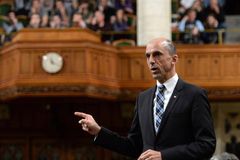