Commissioners of the inquiry into the disproportionate number of indigenous women and girls who have been murdered or gone missing in Canada will be given broad scope to examine any potential factor of the tragedy, including the Indian Act.

The terms of reference of the long-awaited probe, and the names of the five commissioners, will be announced early Wednesday morning by Indigenous Affairs Minister Carolyn Bennett, whose Liberal government campaigned on a promise to hold the inquiry that the former Conservative government refused to consider.

Because much of the focus will be on systemic causes, sources say it is possible that the commissioners will choose to examine the role that the Indian Act might have played in creating an environment that is conducive to violence.

The legislation, which governs how Canada interacts with registered Indians, First Nations and the reserve system, is considered by many indigenous leaders to be a paternalistic relic of colonialism and one that contributed to the marginalization of indigenous women by keeping them from positions of power.

Sheila North Wilson, Grand Chief of Manitoba Keewatinowi Okimakanak, said she hopes the inquiry examines the Indian Act, along with any processes that have affected indigenous women and girls. "All of it plays a part in the inequities, and not providing all the opportunities and safety that our women and girls deserve – the ones that everyone else has in this country," Ms. North Wilson said.

She said the fact that the inquiry is finally being announced is a "vindication" of the vigils that have been held for years by families of the more than 1,181 victims and their supporters who have been demanding that this kind of public examination take place.

A couple of draft versions of the terms of reference were leaked to the media two weeks ago, both of which were obtained by The Globe and Mail. The nine-page document says the commissioners will investigate and report on "systemic causes of violence against indigenous women and girls in Canada, including underlying social, economic, cultural, institutional and historical causes."

Although the inquiry will not have the authority to make findings of police misconduct or to compel law-enforcement agencies to reopen cold cases, the government says the commissioners will have the power to look at police practices and conduct. Families of victims have complained that police do not investigate the disappearances of indigenous women with the same diligence that is applied when Caucasian women go missing, and they say suspicious deaths are too often attributed to natural causes.

While the federal government is spearheading the inquiry, all of the provinces and territories have individually agreed to sign on to the terms of reference. That means the commissioners will be able to examine the actions of all jurisdictions, including the role that may have been played by provincial and municipal police forces, child-welfare officials and coroners.

RELATED: The Taken - Five women, five serial killers, and how their paths came to meet

Sources have told The Globe that the commissioners include B.C. Provincial Court Justice Marion Buller; former Native Women's Association of Canada president Michèle Audette, who lost her bid to represent the Liberals in a Quebec riding in last fall's federal election; Qajaq Robinson, a Nunavut-born civil litigation lawyer who speaks Inuktitut; Marilyn Poitras, a Métis law professor at the University of Saskatchewan; and Brian Eyolfson, a First Nations lawyer who served on the Human Rights Tribunal of Ontario.

Justice Buller, who became British Columbias's first female First Nations judge in 1994, is said to be a contender to lead the commission.

The commissioners will have the power to issue subpoenas and to compel witnesses to testify. They also will be asked to recommend "concrete and effective action that can be taken to remove systemic causes of violence and increase the safety of indigenous women and girls in Canada," as well as ways to honour and commemorate the victims.

The Liberal government originally committed $40-million over two years to conduct the inquiry. As a result of preliminary consultations, that has been boosted to $53.86-million. Ottawa also intends to dedicate an additional $16.17-million to help victims' relatives navigate the police complaints process if they question the quality of an investigation.

Judge, lawyers among commissioners expected to be named to missing, murdered inquiry
August 2, 2016 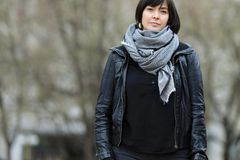 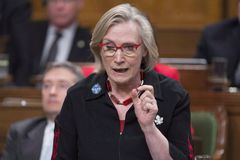 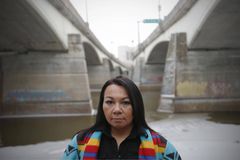