The government is considering a stay of proceedings for a law that allows it to strip citizenship from Canadians who misrepresented themselves in their citizenship or permanent residency papers, which could include one of its own ministers, Maryam Monsef.

The British Columbia Civil Liberties Association (BCCLA) and the Canadian Association of Refugee Lawyers (CARL) filed a legal action with the Federal Court on Monday arguing that the rule the previous Conservative government created that allows citizenship to be stripped without a hearing violates the Charter of Rights and Freedoms. The organizations are hoping to win a stay for all Canadians who face losing their citizenship because of misrepresentation.

Immigration Minister John McCallum said the government is considering a "number of options" to revoke the rule, including a stay on proceedings. However, it will not do it through its Bill C-6, which reverses some of the Harper government's other controversial immigration rules.

"We are certainly considering options for changes in that area, but it was not included in Bill C-6," Mr. McCallum told reporters on Parliament Hill on Monday. "I understand that it was considered and it was declared to be out of scope, so it could not come into that bill at the time."

Lawyers said the law could be used to revoke Ms. Monsef's citizenship. The minister is correcting the birthplace information on her passport after The Globe and Mail revealed last week that she was born in Iran, not Afghanistan as she had believed. Ms. Monsef said she learned the truth only after inquiries from The Globe. She said her mother never told her and her sisters they were born in Iran because she did not think it mattered.

"I don't know anything about the particulars of the minister's case, but based upon the general allegations that have been made … it's the type of case we're seeing that could lead to a process being initiated [for citizenship revocation]," immigration lawyer Lorne Waldman said at a news conference with the BCCLA and CARL. "What the minister's case really highlights is how unfair this process is."

A spokeswoman for Mr. McCallum said she could not comment on Ms. Monsef's case for privacy reasons.

The organizations say any Canadian facing loss of citizenship must have a full and fair opportunity to defend themselves in a hearing or appeal. The Conservative government took away the long-standing right in Bill C-24.

"In Canada, if we get a parking ticket, we can get a court hearing to defend ourselves. But if the government accuses a Canadian of lying and tries to take away their citizenship, they get no hearing and no opportunity to fully defend themselves. Even the person's kids who grew up here could lose their citizenship even though they were not at fault. This is absurd and completely unjust," BCCLA executive director Josh Paterson said.

"The new government has been using this power repeatedly, setting targets to strip up to 60 Canadians each month of their citizenship, taking advantage of the fact that its easier to do if you don't have to give Canadians a fair hearing to defend themselves," Mr. Paterson said.

Mr. McCallum's office said the department does not set quotas on revocation. However, it does have "performance standard targets" to ensure it has the resources to review and resolve cases efficiently and effectively.

Despite repeated requests to stop enforcing the law until it could be changed, Mr. Paterson said the Justice Department told the BCCLA two weeks ago it would continue to be enforced. 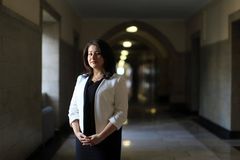 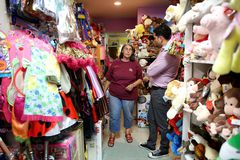 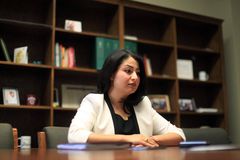