Denis Coderre's extended honeymoon as mayor of Montreal may be over.

For many voters, Mr. Coderre's decisiveness and candour struck a refreshing note in city hall after a decade under Gérald Tremblay, who survived by avoiding conflict and controversy. But after six short months, Mr. Coderre's growing list of enemies is finding the new flavour a little bitter.

Mr. Coderre is facing revolt on several fronts from adversaries such as unions and the city's boroughs – powerful entities that have brought misery to mayors with more experience than the former federal Liberal minister.

In the latest skirmish, civic leaders in several city boroughs are crying out and even threatening to attempt to break away over budget cuts and a plan to centralize city services. The plan is almost certain to renew the 12-year-old jurisdictional fight that has left the city with more than 100 elected officials, endless squabbles and a patchwork map of districts that have previously broken away.

Mr. Coderre introduced a complex plan this week to change the way the city distributes $990-million in funding to the boroughs, and shift the provision of some services back to the central city.

Several borough mayors said Wednesday that Mr. Coderre is breaking a trust that came with the fractious round of municipal amalgamations in 2002 – known as mergers in Quebec – and the subsequent "demerger" of 15 cities four years later. The boroughs that stayed in Montreal were promised a level of autonomy and funding from the central city that enticed them to stay, the mayors say.

"This dropped like a bomb," said Marie Cinq-Mars, the mayor of the Outremont borough in central Montreal that was a municipality before 2002. Outremont faces a cut of 19 per cent in transfers from the centre spread over 10 years. "None of this does anything to help our city. At the end of the line taxpayers are going to be left with diminished services, higher taxes and another crisis over governing structures. If I could go back in time and take us out of the city of Montreal, I'd run."

Luis Miranda, the mayor of the eastern suburb of Anjou, is planning to lobby the provincial government to allow boroughs like his another chance to opt out, as 15 did in 2006.

"After 12 years, it's just not working. There have been no savings. Services have only gotten worse. We need to stop it," he said.

Mr. Coderre dismissed the complaints Wednesday, saying he only wants to make sure Montrealers have the same quality of services no matter where they are. The borough mayors who belong to opposition parties are facing the steepest cuts, but he said the new funding formula boils down to cold calculations such as kilometres of roadway and sewer pipe. He also wants to even out services such as snow removal, which have often left parts of the city with snowbanks when other parts are clean.

"It's not centralization, it's harmonization," Mr. Coderre said. "I'm not going to get into the drama [of boroughs breaking away.] I've already seen that movie."

City boroughs are not Mr. Coderre's only opponents these days. Municipal workers, including police and firefighters, have protested a provincial plan backed by Mr. Coderre and Quebec City Mayor Régis Labeaume to have workers and cities split the cost of filling the $4-billion deficit in their pension plans.

Police officers and firefighters have been particularly outspoken. They've held protests and 109 firefighters retired suddenly to avoid losing benefits. The firefighters also asked Mr. Coderre to stay away from fire scenes which he occasionally attends in full firefighter gear.

"We feel betrayed. Our members are extremely bitter and disappointed," said Ronald Martin, president of the union which represents Montreal's 2,400 firefighters.

The union sent out a detailed statement Wednesday saying senior firefighters will lose tens of thousands of dollars with proposed changes.

In addition to an ability to make quick decisions, Mr. Coderre brought good humour to an office choked for years by city hall paralysis and allegations of corruption. Opponents such as Mr. Miranda say he's also now betraying a lack of experience and expertise in civic administration. 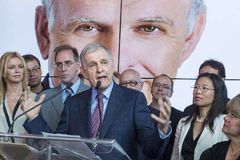 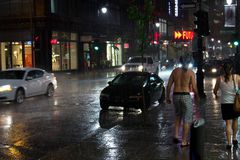 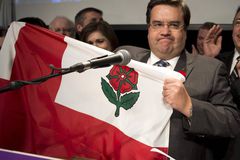 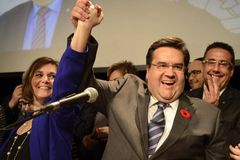