Finance Minister Bill Morneau is promising to donate to charity more than $5-million earned on shares he holds in his family's human resources and pension planning company since he was elected in 2015, a move aimed at blunting continued criticism over how he managed his personal wealth while in office.

He announced the gesture Thursday even as he came under fresh scrutiny from Ottawa's ethics watchdog over his sponsorship of federal legislation that is widely expected to benefit Morneau Shepell, the company founded by his father.

Morneau's unexpected windfall is a bit of a mirage

Mr. Morneau, who has been subjected to criticism since The Globe and Mail revealed a week ago that he had not put his substantial holdings in a blind trust, met with federal Ethics Commissioner Mary Dawson on Thursday morning to set out a new course that would avoid conflict-of-interest allegations.

He told Ms. Dawson that he would put all his holdings in a blind trust and sell off one million shares in Morneau Shepell, where he was executive chairman until his election.

He then appeared in the House of Commons to announce that he had taken an additional step to ensure that he would not benefit from his Morneau Shepell shares.

"I was in constructive discussions with the Ethics Commissioner this morning. … I told her it was the intent of myself and my family to donate any difference in value in my family shares from the time I was elected on Oct. 19, 2015, until now," he said to applause from Liberal MPs.

Shares in the company were valued at $15.77 at the time and are now listed at $21.11. The increase in the value of the one million shares is about $5.3-million.

"Whatever the value is ... we have decided to make that donation," Mr. Morneau later told reporters. "For me, the work I am doing right now is the most important work that I will ever do, and I want to make sure Canadians have confidence in that work."

But the Finance Minister's ethical troubles are not over yet. Ms. Dawson said she has misgivings about the fact he is the sponsor of pension legislation that could benefit Morneau Shepell.

In an Oct. 26 letter to NDP ethics critic Nathan Cullen, Ms. Dawson said she had "some concerns in relation to Mr. Morneau's involvement in Bill C-27" and that she intended to discuss the issue with him.

Opposition MPs have argued that Mr. Morneau should not have sponsored the bill, which would enable federally regulated businesses to create "target benefit" pension plans that lower the monetary liability for employers by shifting risk to employees. Morneau Shepell, as one of four major firms in the human resources and pension management sector, would benefit if its clients required help to transition to these plans. The proposed law would require actuarial valuations every year for such plans, which could also mean more work for firms such as Morneau Shepell.

Mr. Morneau's chief of staff, who is supposed to act as an ethical screen for his boss, is mandated to require the Finance Minister to recuse himself from discussions that involve his former company. Mr. Morneau has said he recused himself from cabinet discussions on two occasions, but his office would not say if that involved Bill C-27.

Mr. Morneau told reporters his finance advisers are working with the Ethics Commissioner's office on the details of setting up a blind trust, selling his shares and turning over any profits to a charity, possibly one working with refugees.

He and his wife, Nancy, – a wealthy member of the McCain food empire – have been involved in refugee work, including helping to establish a secondary school for girls in the Kakuma refugee camp in Kenya.

Mr. Morneau's failure to put his assets in a blind trust and the government's mishandling of small-business tax reforms have hurt the Liberals. Recent public-opinion polls show the Conservative Party closing the gap with the governing Liberals. Some Liberals are privately asking whether Mr. Morneau can survive as Finance Minister if polls do not improve.

Despite his steps to quell the controversy, the opposition parties continued to go after the embattled minister in the Commons.

"If he hadn't owned those stocks over the last two years while ministers are banned from owning stocks, he wouldn't have had those profits in the first place," Conservative finance critic Pierre Poilievre said. "Can he confirm now if he will donate the resulting tax savings from the charitable tax credit to help pay off his deficit?"

Mr. Morneau did not respond to questions about the charitable tax savings from the $5-million donation, nor would he say whether he has shares in other private corporations that his family owns.

"Canadians do not have faith in this minister because he misled them when he said he would put his assets in a blind trust. He forgot that he had Morneau Shepell shares when he was the regulator. He forgot about his French villa in an offshore corporation," Conservative MP Mark Strahl said.

Morneau to meet with ethics czar amid calls for more oversight
October 25, 2017 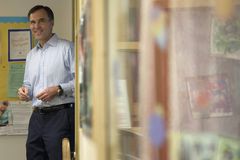 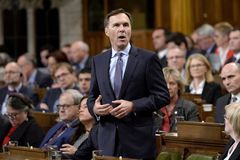 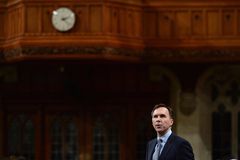