The Conservative government that championed the end of what it calls the "wasteful and ineffective" long-gun registry can't say exactly how much the registry's repeal will save taxpayers.

More than seven months after the registry was officially ended in every province and territory except Quebec, the RCMP is citing a 2008 report — based on a 2004 costing model — to suggest the registry's repeal will save somewhere between $1.5 million and $4 million a year.

The registry of all firearms cost $7.7-million to operate in 2010-11, the last full year for which information is available. So why are the projected savings so small?

Neither the RCMP nor the public safety minister's office will offer an explanation, although the ongoing registration of handguns and restricted weapons must account for some of the difference.

"We have nothing else to say on this issue other than what we have provided you," RCMP spokesman Sergeant Greg Cox responded in an e-mail after almost a week of correspondence with The Canadian Press.

Nor is the RCMP able to provide any cost estimate of destroying the gun registry data, saying only that it will be absorbed within the national police force's budget.

"The staff who are working on the project to destroy the data are RCMP employees who are also working on other day-to-day tasks," Sgt. Cox wrote.

"If your accountant was answering that way you would fire him on the spot," Ms. Boivin said in an interview.

"They've got all the information. Problem is, they don't divulge it because they're worried it might not prove exactly the point they've been stressing over and over."

Conservatives have claimed for years that the gun registry cost at least a billion dollars, and possibly two.

"I don't know who's right on that, but certainly it's north of $1-billion," Public Safety Minister Vic Toews told a parliamentary committee last June.

Mr. Toews's accounting only works if the long-run registry is combined with the federal gun licensing system — a matched set under the 1995 Liberal gun control reforms.

And as Mr. Toews well knows, and some disgruntled gun owners have learned of late as their renewals came up, firearms licences remain firmly in place under the Conservative government.

In March, 2005 the net cost of the entire firearms program was pegged at $946-million, according to the auditor general. That figure included both licensing and registration.

An examination of RCMP annual reports by The Canadian Press shows that in the first five full years of Conservative rule, gun registration cost a total of $48.7 million while "licensing and supporting infrastructure" cost $259.2-million.

Put another way, registration cost less than a fifth as much as licensing.

Firearms licences remain the law of the land for all gun owners, whose individual long gun weapons are no longer registered.

And that's where the highly polarized arguments on both sides of the gun registry debate start to break down.

Gun control advocates, and many police groups, argued the registry was an indispensable public safety tool because it allowed police to use the registry database to determine whether weapons might be on a premise. It also helped in the tracing of crime scene weapons.

It's important to note the current licensing system still allows police to search a database to determine whether a licensed gun owner — which equates to weapons — might be on a premise.

Conservatives said the registry was ineffective because it targeted "law-abiding hunters, farmers and sport shooters" and missed the criminals who would never register anyway.

They also argued the registry information was so incomplete and out of date that it was useless for tracing guns.

Yet the same Conservative government that killed the registry recently brought in new regulations to ensure that as of December, all firearms have unique serial number markings.

A release from the Public Safety department earlier this month said serial numbers on guns "contribute to public safety, by facilitating law enforcement investigations when the markings can be linked to information on the last legal owner of the firearm."

In short, a government that long complained over the cost of Liberal gun control laws has left the most expensive element in place, while stripping out a weapons database that — by its own logic — appears to have some use.

The situation may be less dire than any of the impassioned advocates on either side make out.

He has no objection to registering his guns — "It's not really that burdensome; my car's registered," Mr. O'Donnell said — but recognizes the cultural and practical issues in regions of Canada where family weapons may span generations.

"I would say that the core of the system is that licensing requirement and the basic (gun) storage requirement," he said. "Personally I think that does work, it's coherent and is actually really good."

As for the loud, countervailing arguments and spinning of firearms facts, Mr. O'Donnell is unimpressed.

"I think it's a question of misunderstanding that has been exacerbated for political gain and used as a wedge issue," he said.

"That scares me a bit. We've got people who just seem to want to stoke anger. And it seems to me if you're going to stoke anger, go stoke anger about something other than guns." 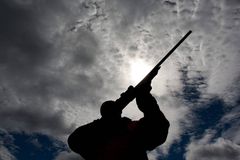 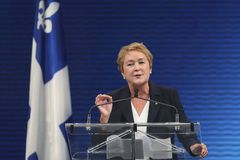 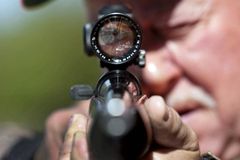 Judge sides with Quebec in long-gun registry battle
September 10, 2012
Report an error
Due to technical reasons, we have temporarily removed commenting from our articles. We hope to have this fixed soon. Thank you for your patience. If you are looking to give feedback on our new site, please send it along to feedback@globeandmail.com. If you want to write a letter to the editor, please forward to letters@globeandmail.com.
Comments