The e-mail was just one of thousands that have arrived in Steven Fletcher's inbox since the Winnipeg MP embarked three months ago on a bid to reopen the debate around physician-assisted death.

The writer said she suffered permanent brain damage during a seizure several years ago. Today, she explained, life is good. But she is worried about what would happen if another episode left her "almost" dead. "I ponder every day if I should let myself die today," she wrote. "I am not ready. But is that the only way I can be sure I can achieve it myself?"

Justice Minister Peter MacKay has said he is not interested in a public discussion about what some describe as the "right" of those with incurable and intolerable diseases to obtain medical assistance to end their lives. But society has evolved over the two decades since Parliament last dealt with physician-assisted dying in a serious way. And, despite Mr. MacKay's hesitation, many Canadians are saying it is time for the dialogue to be reopened.

This week, Quebec became the first province to pass a law sanctioning doctor-assisted death. The legislation has many caveats. A person requesting medical help to end his life would have to be an adult of sound mind who is terminally ill, in constant and unbearable pain, and in "an advanced state of irreversible decline in capacities."

While some doctors over the years have quietly found ways to help terminally ill patients slip away – by disconnecting life support, or removing feeding tubes, or administering medication for pain that goes a step further – the Quebec law allows them to deliberately deliver fatal injections under strict conditions.

The federal government responded to Quebec's move by pointing out that assisted suicide is prohibited by the Criminal Code. Its next steps are unclear.

But even if the federal government chooses to look the other way as doctors in Montreal and Sherbrooke and Trois Rivieres help patients die, it may be forced to react to a Supreme Court decision expected this fall. Mr. Fetcher said he fully expects the top court to strike down the section of the Criminal Code that makes physician-assisted death illegal.

The case was launched by the British Columbia Civil Liberties Association. "We believe that the laws that criminalize doctors for helping competent, seriously ill people who wish to hasten death are unconstitutional," said Grace Pastine, the litigation director of the BCCLA. "The laws cause terrible suffering."

But Mr. Fletcher doesn't want the Supreme Court to force a rewrite of the Criminal Code. "If people don't agree with what I am saying on physician-assisted death," he said, "I hope they agree that these issues should be discussed at Parliament and not decided in courts where people are not accountable."

The two bills that he introduced in the House of Commons this year, which would set many of the same parameters around physician-assisted death as those adopted this week in Quebec, are going nowhere. MPs of all stripes share Mr. MacKay's reluctance to go down that road.

So Mr. Fletcher is looking to the Red Chamber, where several senators have told him they are willing to introduce his bills. "I think it could actually pass in the Senate," he said. "And, if it does that, it goes back to the House at the top of the order of precedence."

Among the groups that support Mr. Fletcher's push to reopen the discussion around physician-assisted suicide is CARP, which supports aging Canadians. A survey of CARP members last year found that the vast majority – 84 per cent – wanted the choice of when to die if faced with a terminal or intolerable illness.

"Individual families have to deal with that conflict in the most urgent of ways," said Susan Eng, CARP's vice-president of advocacy. "I think that Quebec should be congratulated for taking the bull by the horns and saying, 'Let's just do this.' "

Doctors, too, are confronting the issue. While the Canadian Medical Association strongly advises its members not to perform assisted suicides, it has recently conducted a cross-Canada consultation to find out what ordinary people are thinking. The results will be released on Tuesday.

Doctors agree no one should be forced to assist a patient in dying, said Louis Hugo Francescutti, president of the CMA. But, he said, "in CMA's close to 150 years of existence, original policies have been modified over time to reflect the evolution of both the physicians' and the society's positions fuelled by new data and standards."

As for Mr. Fletcher, he will continue to press his fellow MPs to engage in the debate. And he will continue to respond to e-mails from Canadians who support him. "In nursing homes, thousands of people starve themselves to death every year because they are bedridden and there's nothing else they can do," he said.

So if someone's religious or moral beliefs prevent them from considering physician-assisted suicide for themselves, "that's great," said Mr. Fletcher. "But let's not judge those who may have a different view of the situation." 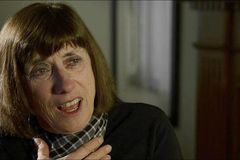