Two Conservative MPs are pleading to be allowed to stay in the House of Commons after Elections Canada said they should be suspended over unresolved problems with their election campaign returns.

James Bezan and Shelly Glover, both from Manitoba, rose in the House on Friday to argue that they should be allowed to remain in their seats despite letters from Chief Electoral Officer Marc Mayrand to House Speaker Andrew Scheer pointing out that, by law, they may not sit or vote as MPs until the situation has been corrected.

Both politicians have launched court actions to challenge Elections Canada's demand that they make corrections to their 2001 election campaign returns. Mr. Scheer, a Conservative MP who is taking some heat from the opposition for his handling of the matter, decided to await the outcome of the court ruling before taking any action.

But Liberal MP Scott Andrews rose on a point of privilege on Wednesday, saying the House of Commons as a whole – and not the Speaker alone – should decide whether the two MPs are allowed to stay.

To which Mr. Bezan took exception.

"The opposition parties will always say they respect the law, stand up for the Constitution, and cry foul whenever they think their parliamentary privileges have been violated," he told the House. "However, they never think, not for a minute, about throwing all of that out the window, for partisan purposes, when they try to deny me my basic rights and compromise my due process in court."

Mr. Bezan said his removal from the House could prejudice the court proceeding. "Let me be very clear, I have not broken any law," he said. "I believe I am in compliance with the Canada Elections Act."

Ms. Glover said she should be allowed to stay in the Commons for the same reason. "Ultimately," she said, "the issue in dispute is simply a disagreement between my campaign and Elections Canada as to interpretations applicable to certain expenditures."

Mr. Scheer has yet to rule on Mr. Andrews's point of privilege.

Elections Canada says Mr. Bezan neglected to declare the non-monetary advertising value of his permanent billboards that were on display during the writ period, and that Ms. Glover failed to correct errors on salaries and sign costs in her returns that would have put her over the legal spending limit.

Mr. Mayrand has been asking the MPs to fix their returns since March, and wrote to apprise Mr. Scheer of the situation on May 23 in Mr. Bezan's case and May 24 in the case of Ms. Glover. Mr. Scheer made no public mention of the situation until after it was revealed in a news story on June 4.

He refused on Thursday to release the letters to the House of Commons despite a demand from a Liberal MP, and stood by his decision on Friday saying, if the letters are to be released to the public, they should come from Mr. Mayrand.

The letters have already been obtained and made public by the media.

But Pat Martin, a New Democrat MP from Manitoba, said he is "appalled" that Mr. Scheer made a unilateral decision to allow Mr. Bezan and Ms. Glover to remain in the House of Commons.

"I don't know who is pulling his strings, but it's fundamentally wrong," Mr. Martin told reporters. "You know, 60 people ran in Manitoba – 60 candidates. And these are the only ones that read the election act wrong." 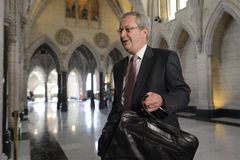 MP’s exit ramps up pressure on Harper over transparency
June 6, 2013 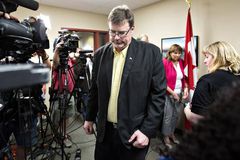 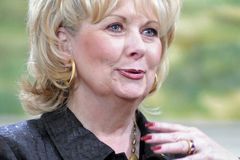 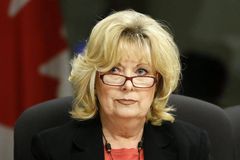