Thomas Mulcair is touting his recent electoral victory and using his parliamentary pulpit as he fights to be a player in the NDP leadership race, which has been dominated so far by party president and unelected adviser Brian Topp.

Speaking in the foyer of the House of Commons, the NDP parliamentary leader spoke about the big issues facing the country at the start of the fall session, boosting his visibility in the national media as he acknowledged that he faces an uphill battle in the leadership contest.

Mr. Mulcair blamed low membership numbers in Quebec as the biggest obstacle to his candidacy, an issue that has concerned him ever since he started discussing a leadership bid last month. However, Mr. Mulcair is appearing increasingly pessimistic, leaving the impression that he might skip the race even though the party sided with his plea for a campaign that will run into the spring of next year.

Mr. Mulcair said that until he comes to a final decision, he will continue in his current functions, which place him at the heart of the team overseeing the NDP's political strategy.

"Well, I was elected on May 2 as part of the result that Jack Layton was able to obtain," Mr. Mulcair said. "He asked me to be his parliamentary house leader, and it's something that I plan to honour for as long as possible."

Mr. Mulcair's political base is mainly in Quebec, but there are only about 2,000 NDP members in the province, which lacks any long-standing ties to the party and does not have a provincial wing. With more than 80,000 members in other provinces – and a one-member-one-vote leadership race – Quebeckers stand to have little say in the final results, even though the province elected 59 of the party's 103 MPs in the last election.

"That is a simple mathematical model that I have to deal with," Mr. Mulcair told reporters, calling on the NDP to launch a membership push in Quebec without favouring any single leadership candidate.

"We are disadvantaged; it's not a complaint but just an objective observation," he said.

In an interview with The Globe and Mail earlier this month, Mr. Mulcair had touted his wide-ranging support in the NDP caucus and insisted that a long leadership contest would allow Quebec memberships to catch up to the rest of the country.

McGill political science professor Antonia Maioni said Mr. Mulcair is now focusing on his political strengths in a bid to catch up to Mr. Topp, who received a major endorsement from former NDP leader Ed Broadbent.

"The membership thing is just a hard slog, and [Mr. Mulcair]probably doesn't think it is the best use of his time right now," Ms. Maioni said. "He is building on his strengths, which is that he talks a good game and he is a very good politician on the ground."

She added that in her view, Mr. Mulcair is a more polarizing figure than Mr. Topp, and that the two offer different leadership styles to NDP members.

"The more you see Mulcair, the more you understand why there are parts of the party that are uneasy with him. He isn't afraid to go out on a limb on policy issues ... making himself an advocate before the party has decided where it wants to be," Ms. Maioni said.

"Brian Topp has all the right ideological baggage and all the right credentials within the establishment, but he has none of the proven political skills on the ground and that kind of ability to connect with people," she said.

In an e-mail, Mr. Topp praised the work of the NDP caucus in Ottawa as the House of Commons paid tribute to Jack Layton, the former NDP leader who died last month.

"It hurts to see that empty chair. But today and every day, people are going to be impressed by [interim Leader Nycole Turmel] by [deputy leader Libby Davies] by Tom [Mulcair]and by our whole team," Mr. Topp said.

Mr. Topp also commented on a recent Léger Marketing poll that shows that Mr. Mulcair has a strong lead among NDP supporters in Quebec, while Mr. Topp comes in first place across Canada.

"That's also how it feels on the road, but it's very early days indeed, of a very long campaign," Mr. Topp said.

The only other declared candidate in the race, former Cree leader and current NDP MP Romeo Saganash, barely registered in the poll. 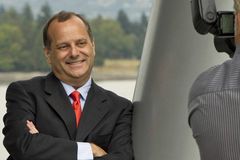 The NDP can polish its brand - and Mulcair must refurbish his
September 16, 2011 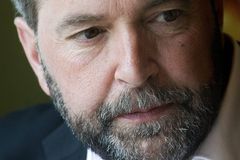 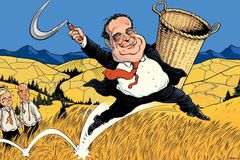 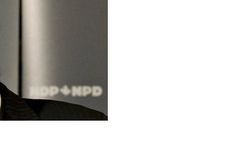 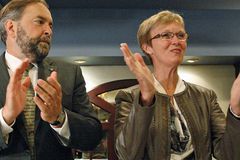