While NDP Leader Tom Mulcair has the support of Canada's major unions going into a leadership vote at the federal party's convention on Sunday, not all members say they are planning to follow their bosses' lead.

"It's not a done deal with the membership," said Peter Pellerito, a Windsor, Ont. delegate who is also a member of Unifor, Canada's largest private sector union.

Despite the fact that Unifor president Jerry Dias says he's supporting the NDP Leader, Mr. Pellerito says he's planning to vote 'yes' to a leadership vote on Sunday, and knows many union members who feel the same.

"The [union] leadership can come up with all kinds of recommendations. It's up to the membership to decide what they're going to do," he said.

Mr. Dias is one of six union leaders to come out in support of Mr. Mulcair as he faces a crucial vote Sunday – although Mr. Dias has said the leadership decision should be punted to 2018.

After Mr. Mulcair speaks at the convention on Sunday morning, almost 1,800 delegates will decide whether the party should hold a leadership race. It's unclear how much support Mr. Mulcair would need to stay on, although the figure of 70 per cent has been cited by outgoing Party President Rebecca Blaikie.

Support from the six union leaders was seen as a big boost for Mr. Mulcair, with hundreds of delegates expected to attend this weekend's convention. Mr. Mulcair spoke privately on Saturday to one of the supportive unions, the United Steelworkers, thanking them for their support – although at least one steelworker delegate told the Globe he hadn't yet made up his mind about how to vote.

Another Unifor member, who asked not to be identified because he holds a public position and is not authorized to speak, said there are many discussions between union members happening behind the scenes.

"I would think the results will be very different than what some of the union leadership thinks is going [to] happen," he said.

"A lot of what the leadership is saying isn't really being done in conjunction with what rank-and-file members are talking about."

Robyn Benson, president of the Public Service Alliance of Canada, which represents 170,000 members, said Saturday that it in her opinion Mr. Mulcair must go.

"You need to look at what happened in this last election. We were ahead all the way through, we needed 35 seats. And then all of a sudden, we didn't form government," she said.

"We need to reflect on what happened and we need to look forward. We need to be able to position ourselves to form government in 2019."

Ms. Benson said she told her delegation of about 15 members, as well as others representing riding associations, they have a right to vote as they choose in the secret ballot.

Canadian Labour Congress President Hassan Yussuff has also come out against Mr. Mulcair, although he steered clear of mentioning the NDP Leader during his convention speech on Friday.

"I spent a lot of time on the ground talking to the activists across the country, and I think people shouldn't dismiss my opinion. It matters," Mr. Yussuff told the Globe.

But now she says she's voting to replace him on Sunday after the NDP Leader broke promises he made to her before the 2015 campaign.

"If our party tells him we want to veer back towards the left – he will have absolutely no credibility with Canadians," she said. "He can't sell that message, and the message he did try to sell failed."

But Lorne Bruce, a member of the United Food and Commercial workers, another supportive union, said the 64-member delegation is united around Mr. Mulcair.

"We don't necessarily think it's the right timing to have a leadership review for the party," he said.

"We as a party have never been one to just toss a leader at a drop of a hat." 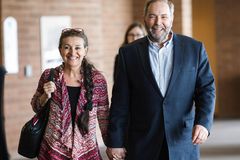 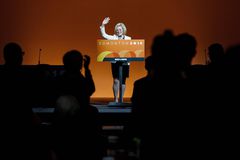 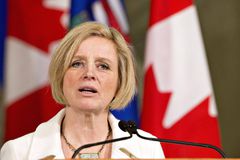 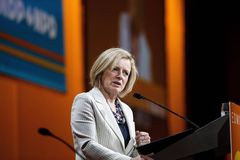