Nearly a quarter of municipal buildings in Canada are more than 50 years old and cities aren't spending enough to maintain their assets, according to a sweeping review of the state of local infrastructure.

The Canadian Infrastructure Report Card, which will be released on Monday, is based on detailed surveys of municipalities from across the country.

It says about 12 per cent of municipal infrastructure is in poor or very poor condition and those assets would cost $141-billion to replace. A further $247-billion in assets are in fair condition.

The report card comes out as the federal Liberal government is preparing a 2016 budget that will implement promises to greatly expand infrastructure spending.

Several economists are urging Ottawa to consider spending even more than planned in order to stimulate a Canadian economy facing lower-than-expected growth due to steep declines in commodity prices.

The survey, led by the Federation of Canadian Municipalities, provides a new level of detail regarding the types of infrastructure that are most in need of repair or replacement.

"The report makes it very evident that you can either make smart repairs today or hold off and make very expensive repairs later," Vancouver Councillor Raymond Louie, who is president of the federation, said in an interview.

Mr. Louie said the survey is a reminder that while repairing existing infrastructure is "not sexy," the importance of repairs can't be lost in the current focus on finding ways to spend promised new cash from the federal government.

For instance, a breakdown of municipal buildings that are more than 50 years old shows that shelters top the list at 44 per cent, followed by community centres at 37 per cent and daycare centres at 25 per cent.

Overall, the report is in line with many other warnings that Canada is not spending enough to maintain its existing infrastructure and that this underspending will cause problems in the future.

"Survey results demonstrate that, if our current rates of reinvestment do not change, the condition of Canada's existing municipal infrastructure will decline," states a copy of the 164-page report, which was provided to The Globe and Mail.

It says a long-term plan is needed to ensure that Canadians can continue to rely upon essential public services without disruption.

The report is based on survey results that were provided by 120 municipalities. Some of the report's national estimates are based on extrapolations of those results in order to account for communities that did not participate.

One of the main points of concern raised in the report is the amount of money spent by municipalities to maintain existing properties. The report measures this in terms of the reinvestment rate, which is the renewal budget as a percentage of the asset's replacement value.

This measurement shows that roads and sidewalks, drinking-water pipes, storm-water maintenance, sports and recreational facilities, and bridges are currently the most underfunded.

A briefing note prepared for Infrastructure Minister Amarjeet Sohi says that while there are many estimates of how much money needs to be spent on infrastructure in Canada, "infrastructure is, on average, getting younger."

According to the Infrastructure Canada briefing note, the average age of public infrastructure has declined from 17.8 years to 14.7 years from 2000 to 2013.

The note shows that the minister was warned by officials that it is hard to measure the state of Canada's infrastructure.

"There is a lack of data at the more granular level to determine if existing infrastructure is supporting current and future needs, due in part to weak asset management practices," it states. "This is a barrier to strategic decision-making." 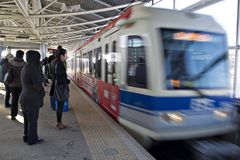 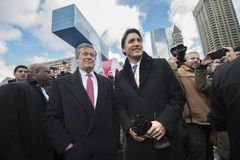