Retiring Supreme Court Justice Thomas Cromwell says the court's historic rejection of Stephen Harper's judicial nominee Marc Nadon was "very unfortunate" and had nothing to do with the judge's suitability to sit on the highest court.

Instead, Justice Cromwell said Justice Nadon was turned down for technical legal reasons. Justice Cromwell, who retired on Sept. 1 but will complete his caseload for the next four to six months, said he feels "very sorry" for what happened to the semi-retired Federal Court of Appeal judge two years ago.

"Justice Nadon is an experienced and highly respected judge. The case was about some very technical requirements in the Supreme Court Act and the Constitution, for the composition of this court. It had absolutely nothing to do with his suitability. And I think it's regrettable that that seemed to get lost often in the discussion," Mr. Cromwell told The Globe and Mail in an exit interview at the court on Wednesday.

"I would feel bad for that happening to anybody, of course. It's an unfortunate, very unfortunate, thing. And I thought that, No. 1, the court exhibited its independence and impartiality, both the majority and the dissent, I think we showed we were doing our job. But I feel very sorry that that happened to any judicial colleague."

In March of 2014, Supreme Court justices ruled in a 6-to-1 decision that Mr. Nadon, the former prime minister's pick to sit to fill one of three Quebec vacancies on the Supreme Court, was not eligible for the appointment. Justice Cromwell agreed with the majority decision. At the time of Justice Nadon's appointment, some legal observers questioned why a semi-retired judge who specialized in maritime law, and had been outside Quebec for almost 20 years, was chosen to fill the vacancy. When contacted Wednesday, Justice Nadon did not wish to comment.

Justice Nadon's rejection set off a public rift between Mr. Harper and Supreme Court Chief Justice Beverley McLachlin, with the prime minister accusing the chief justice of attempting to interfere with a case before the courts because she warned the government the appointment of a federal court judge could raise a constitutional issue.

Justice Cromwell said the showdown did not affect the court's work. "The court has an important constitutional duty to perform, and it has to do it, whatever people may or may not be saying outside the court," he said.

He also rejected the suggestion that Mr. Harper's government lost in court more than its predecessors. "I frankly feel that whole narrative is a media-driven narrative," he said. "The court's not against anybody. The court is in favour of the rule of law and the Constitution, period."

The Nova Scotia judge wouldn't comment, however, on the Liberal government's new Supreme Court appointment process, or the possibility that his replacement may not come from Atlantic Canada, as has been the custom.

But he said efforts to diversify the bench, as Prime Minister Justin Trudeau's government has expressed a desire to do, is an important first step.

"My son was a rugby player, and one of the things his coach would always shout at him from the sidelines was, you've got to want it," the married father of one said. "If you don't want to have a more diverse institution, you're not going to have one. Even the articulation of the goal I think will be helpful over the long run."

The 64-year-old judge, appointed in December, 2008, said he's leaving the court early because he always planned to retire by 65 (he turns 65 in May.)

"I went to my 40th undergrad reunion a couple years ago and I was the only guy still working, let alone working 80 hours a week," he said. "I don't think of it as early. I've been a judge for 19 years, so I think it's time to let somebody else carry the load."

But he said he'll continue to pursue his passion of access to civil and family justice as chair of a national committee on the subject. "There's recognition that to me is quite new in our country that this is a systemic problem," he said.

Justice Cromwell was the second judge appointed by Mr. Harper to the Supreme Court, but no public hearing was held for him. At the time, Mr. Harper said there was no time for him to face the questions of parliamentarians; Justice Marshall Rothstein was the first to be questioned at one, in 2006. The Conservative government eventually cancelled the hearings, and the last three appointees joined the court without one.

"Justice Rothstein's hearing was a very positive thing for the court, in that I think it humanized and gave people a little bit of insight into the person that they don't often get to see, because we sort of come in in our funny clothes and ask a few questions of the lawyers and then go out the back door," he said.

"People don't get to know the judges of the court that way. But I think that the public respect for the court has stayed high whether there were hearings or not." 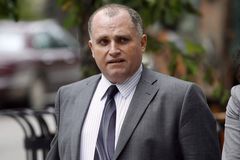 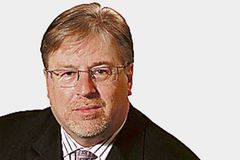 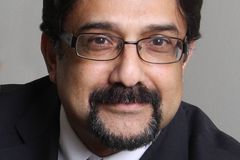