An engineer who has been linked to a bid-rigging scandal in Quebec has temporarily stepped down from the National Capital Commission's board of directors.

François Paulhus "will not participate in NCC affairs until this matter has been resolved," the federal agency said in a statement on Wednesday.

Mr. Paulhus, who has denied any wrongdoing, was described at the Charbonneau inquiry this week as a major player in an alleged scheme to split contracts among a cartel of engineering firms in Gatineau, Que., between 2003 and 2009. For a portion of this period, Mr. Paulhus worked at Genivar, one of the four firms that allegedly predetermined which of them would win a tendering process, and submitted their bids accordingly.

Mr. Paulhus was appointed in 2012 to the NCC, which oversees large real estate holdings in the Ottawa-Gatineau region. He has also dropped his bid to run for a seat on the city council in Quebec City in the next municipal election. He has told local media he did "not participate in such a system."

Marc-André Gélinas, who worked at a firm called Tecsult, on Tuesday described the alleged bid-rigging system in Gatineau at the Charbonneau inquiry into allegations of corruption in public construction contracts. He said that, in 2003, company officials in Laval – where a similar system long existed – told him his firm and three others had agreed to split up contracts worth between $25,000 to $500,000 in Gatineau. Under the deal, the contracts would go to Cima+ (40 per cent), Genivar (27 per cent), Tecsult (22 per cent) and Dessau (11 per cent), Mr. Gélinas said.

According to Mr. Gélinas, Mr. Paulhus was one of his contacts at Genivar during bid-rigging discussions among engineers.

Another witness at the Charbonneau inquiry, engineer Patrice Mathieu, testified on Wednesday that a bid-rigging system also existed in the Quebec City region after 2004. He added that the federal government's multibillion-dollar infrastructure program was "manna" in the second half of the 2000s, when major firms were colluding to split public projects among themselves.

However, the Charbonneau inquiry's mandate does not go beyond municipal and provincial areas of jurisdiction in Quebec, so it cannot examine practices at the federal level, leaving unanswered questions about the possibility of collusion on federal contracts.

The inquiry is currently hearing from a police investigator who specializes in biker gangs, and next week will examine the links between union officials and members of organized crime in the construction industry. 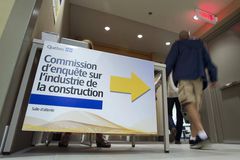 Quebec corruption inquiry will resume and focus on unions
September 2, 2013 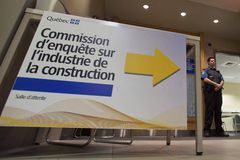 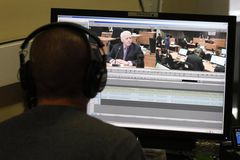