NDP Leader Thomas Mulcair is serving notice that a New Democratic Party government would not consider itself bound by the terms of a major Pacific Rim trade deal which the ruling Conservatives are negotiating on behalf of Canada in Atlanta.

The NDP's hardening of position on the Trans-Pacific Partnership talks comes as the deal appears likely. Discussions in Atlanta have gone into overtime as countries clear obstacles such as how much foreign content should be allowed in Japanese-made cars and Asian auto parts entering North America. Sources said Prime Minister Stephen Harper is being regularly briefed on developments as talks between 12 countries from Chile to Japan enter what is expected to be their final phase.

Mr. Mulcair said Friday, however, that he feels the Conservative government has no mandate to agree to the big changes that a TPP deal would bring about.

His bombshell declaration on Friday promises to make the massive trade agreement a bigger factor in Canada's 42nd federal election, which is 2 1/2 weeks away. It comes as polls suggest the NDP has dropped to third place in the national race.

The new marker laid down by the NDP on a potential TPP deal sets it apart from the Conservatives, who favour a deal, and the Liberals, who have focused most of their criticism on the manner in which the Tories have negotiated the agreement rather than its substance. The NDP is trying to consolidate the anti-TPP vote with this move.

Mr. Mulcair laid out his reasons in a letter to International Trade Minister Ed Fast, the Conservative government's point man on the TPP talks, listing a slew of reasons why he's distancing himself from the agreement, including the expected pain it will bring to Canadian dairy farmers and smaller auto parts makers. "Your government forfeited a mandate to conclude negotiations on a major international trade agreement the day the election was called," he writes.

The letter also throws into question what would happen should the Conservatives lose power in the Oct. 19 election. "As you participate in Trans-Pacific Partnership negotiations this week in Atlanta, I wish to advise you that an NDP government will not consider itself bound to any agreement signed by your Conservative government during this federal election," Mr. Mulcair says.

He says a caretaker government like the one now running Ottawa during an election campaign is supposed to step carefully and ensure Canada's interests are "vigorously defended" in Atlanta.

"It has become clear that your government's continued negotiation in the TPP during this campaign is not in the best interests of Canadians.You have no mandate to make concessions that could put thousands of well-paid Canadian jobs and the communities that depend on them in peril," Mr. Mulcair says. "Any commitments made now, 17 days before an election, without any consultation with the parties that may form the next government, would be clear violations of the caretaker convention to which your government is bound."

The NDP's move comes as the three-party tie in the race to form the next federal government appears to have ended. Polls show the Liberals and Conservatives fighting for the lead and the New Democrats slipping to third as support softens in their Quebec stronghold.

The latest daily tracking by Nanos Research for The Globe and Mail and CTV has the Liberals leading with 33.5-per-cent support, followed by the Conservatives at 31.9 per cent and the NDP at 25.9 per cent.

Plans were being made for a closing TPP news conference in Atlanta Saturday afternoon even as countries scrambled to resolve a deadlock over opening markets to more foreign dairy products. Dairy and autos were two of the biggest hindrances to a deal earlier this summer at TPP talks in Maui.

Mr. Harper's Conservative government finds itself on the cusp of a historical first in Canada, where a caretaker administration signs onto a wide-ranging and ambitious trade deal only days before an election that could usher in a change of leadership in Ottawa.

Mr. Fast said Canada was "making good progress" in resolving differences with Japan over Tokyo's drive to have this country lift 6.1-per-cent tariffs on Japanese cars while allowing the Asian auto superpower to use far more foreign parts in those vehicles. The NAFTA rules that have held sway until now stipulate that cars and auto parts must have more than 60-per-cent North American content to be sold duty-free in Canada, Mexico and the United States. The TPP deal is expected to see 45-per-cent domestic content rules for cars, 35 per cent for parts and 45 per cent for more sophisticated components.

The Tories are under pressure from dairy farmers and major milk-producing provinces not to open up Canada's market to more foreign imports. The supply management system includes controls on production and prices as well as steep tariffs to discourage dairy imports.

"We continue to push back against efforts to undermine our system of supply management, and until we're at a point that we're absolutely assured supply management has a bright and prosperous future in Canada, we will not be signing an agreement," Mr. Fast said Friday.

Mr. Fast's office dismissed Mr. Mulcair's announcement, saying MPs would get to decide the future of any TPP deal in the Commons after the election. "Mr. Mulcair knows full well that any trade deal would be tabled, fully debated, and voted on in the next Parliament."

On Saturday, Mr. Mulcair will be in St Hyacinthe, Que. – the centre of that province's dairy industry – to speak with dairy farmers to talk about the importance of preserving supply management.

On Sunday, Mr. Mulcair will barnstorm six Conservative-held seats in Southwestern Ontario that are home to signifcant auto-sector jobs, including Brantford, Kitchener-Waterloo, London, Stratford, Essex and Sarnia. He says the NDP has different trade priorities than the Harper Conservatives.

"Hundreds of thousands of Canadians rely on work in our auto sector. Concessions given by your Conservatives government could devastate families and the communities that rely on this sector," he said. "An NDP government will not accept that. Likewise, Canada's successful system of supply management allows small family farms to prosper and provide quality food for Canadians. Supply management is a lifeline that helps many rural communities thrive. An NDP government will not accept any deal that puts our dairy and poultry farms at risk."

Mr. Mulcair also decries what he sees as unhelpful changes to intellectual property rules among the 12 TPP countries.

"New Democrats will not accept changes to patent, copyright law and digital policies that risk raising the price of prescription drugs for seniors, or restricting our Internet freedoms. These changes will impact millions of Canadians every day. Your Conservative government has not consulted Canadians on any of them, and you have no mandate to trade them away," the NDP Leader writes. "New Democrats will continue to fight for trade agreements that are good for Canada, and stand foursquare against concessions that harm Canadian interests." 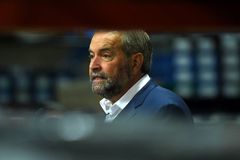 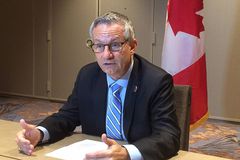 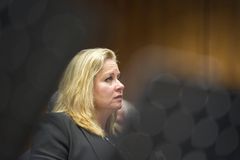