Canada is poised to go to war in Iraq without the support of the federal opposition parties, whose leaders say they will not back a government motion to join U.S.-led air strikes because past interventions in the region have failed.

In a significant move, Liberal leader Justin Trudeau said on Friday that Prime Minister Stephen Harper has failed to make the case for Canada to join the U.S.-led combat mission, which includes several other Canadian allies. The party has traditionally supported Canadian military missions while in opposition, although a Liberal government opted not to participate in the 2003 invasion of Iraq.

Mr. Harper's motion, which should pass easily because the government has a majority of seats in the House of Commons, calls for Canada to join air strikes against Islamic State militants and contribute military assets for six months. Mr. Harper said initial strikes would occur in Iraq but suggested they could expand to Syria if Ottawa has the "clear support" of that country's government.

In the House on Friday, NDP leader Thomas Mulcair questioned the value of past interventions in the Middle East and said another war would not put an end to the current conflict. He said Canada should first focus on offering humanitarian relief to people in Iraq and Syria and on strengthening those countries' political institutions, a role he suggested Canada was well-positioned to play because of its decision not to participate in the 2003 war in Iraq.

"The defeat of the insurgency in Iraq is a goal that the United States has been trying, without success, to achieve since the wrong-headed invasion of 2003," Mr. Mulcair said. "All of the horrors unfolding before our eyes are as a result of that failed mission."

Canada has offered financial support to surrounding countries that have taken in refugees and has provided funds to help with food aid to the region, among other measures. The government has also sent 26 troops to offer military advice to security forces in Northern Iraq and sent military equipment such as helmets and body armour.

Mr. Trudeau said the last war in Iraq was based on flawed intelligence and "the world is still dealing with the consequences of that mistake." Rather than joining the U.S.-led combat mission, Mr. Trudeau said he believes Canada could make a stronger contribution through other means, such as providing airlifts and medical support.

"Unlike the Prime Minister, Liberals believe that Canada can make a more helpful contribution to the international effort to combat ISIL than a few aging war planes," Mr. Trudeau said, using an earlier acronym for the Islamic State group. "Canadians have a lot more to offer than that. We can be resourceful, and there are significant, substantial non-combat roles that Canada can play."

Although the Liberals made the decision to stay out of the 2003 war in Iraq, the party has backed Canadian combat missions in recent decades. Quebec, where the NDP holds most federal seats, is a key political battleground for the Liberals, and polls suggest Quebeckers are among the least likely to back the plan to join the military mission in Iraq.

While in opposition in the early 1990s, the Liberals at first opposed but eventually voted in favour of Canadian participation in the first Gulf War and also backed a decision to join the UN mission in Somalia. Liberal prime minister Jean Chrétien backed a NATO plan to bomb Yugoslavia in 1999, and sent troops to Afghanistan, but declined to join the U.S.-led war in Iraq in 2003.

Both the Liberals and the NDP supported a Conservative plan for Canada to join NATO-led air strikes in Libya in 2011. That mission had the explicit backing of the United Nations.

Harper seeks six-month military mission to Iraq, with no ground troops
May 12, 2018 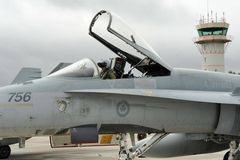 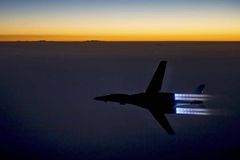 ISIS has threatened Canada – but that’s not the best argument for intervention
May 12, 2018 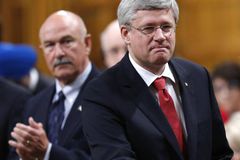 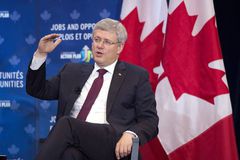 Harper makes the case for a war – with limits and a dose of realism Subscriber content
May 12, 2018 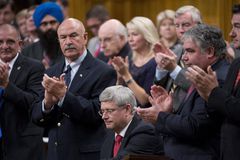 Only a limited Canadian mission against ISIS deserves support
May 12, 2018 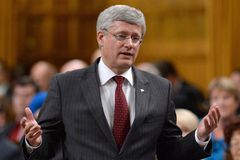 Opinion
Here’s the debate MPs should really be having over combat in Iraq
May 12, 2018 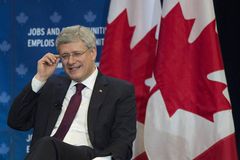 Opinion
Our Mideast mission implausible
May 12, 2018

Opinion
UN wants to battle Islamic State, but is it fighting freedom?
May 12, 2018 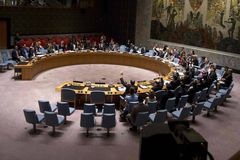 Follow Kim Mackrael and Steven Chase on Twitter @kimmackrael @stevenchase
Report an error Editorial code of conduct
Due to technical reasons, we have temporarily removed commenting from our articles. We hope to have this fixed soon. Thank you for your patience. If you are looking to give feedback on our new site, please send it along to feedback@globeandmail.com. If you want to write a letter to the editor, please forward to letters@globeandmail.com.
Comments