Charlie Angus says there were no spoken words to adequately express his reaction to a new book that outlines Sir John A. Macdonald's efforts to starve First Nations off the plains to make way for a national railway. So the New Democrat MP from Timmins, Ont., who is also a professional musician, wrote a song.

Four Horses, which was released Tuesday in conjunction with his new album, Great Divide, is a tribute to Clearing the Plains: Disease, Politics, Starvation, and the Loss of Aboriginal Life, a critically acclaimed book by Saskatchewan university professor James Daschuk.

"This book completely blew everything I thought I knew about Canada away," Mr. Angus said in a telephone interview. "What this book really shows is the poison in the relations that went wrong" between First Nations people and the government.

Clearing the Plains outlines Macdonald's plan to "starve unco-operative Indians onto reserves and into submission." It explains the devastating effect that his policies had on First Nations after the bison herds collapsed due to overhunting.

According to the book, the First Nations thought their treaty with the government would provide them with food but, instead, whole communities were starved until they succumbed to disease.

The song and the book, which made The Globe and Mail's list 100 top reads of the year, come as the federal Conservative government prepares for a year-long celebration in 2015 of the bicentennial of Macdonald's birth.

Mr. Angus said there is much to celebrate about Macdonald and his role as the founding father of Canada.

But Canadians also need to come to terms with "the policies that tried to destroy a people. And Mr. Macdonald has been able to escape all that because we write our history as boring, that all our people were well-meaning and boring," said Mr. Angus who hopes the song will help young First Nations activists better understand what happened to their people.

"Sir John A. was not just prime minister," he said. "He assumed the role of Indian affairs minister. People who made efforts to alleviate the famine, people who tried to hold on to the treaty, were replaced by yes men, by bureaucrats who cut off medical support.'"

Mr. Angus said Canadian school children are taught that when the Sioux, who were being murdered by U.S. troopers, crossed the so-called "Medicine Line" marking the western border between Canada and the United States, they met good governance and concern in Canada. But the book makes it clear that was not the case, he said.

"So that's the whole line of the song: Forget what you were taught about the Medicine Line," said Mr. Angus. "This book completely blew my mind and I really felt that, as a politician, words are so devalued in the way we talk now, that the only way I could put something together was in a song."

Mr. Daschuk who, like Mr. Angus, is from Timmins, said he is humbled and honoured by the song.

"I didn't set out to attack John A. Macdonald," said Mr. Daschuk. But the health of the plains First Nations started to deteriorate within two years of the signing of the treaty. It was "the ethnic cleansing of indigenous people from western Saskatchewan," he said. "It got them out of the way of the railway." 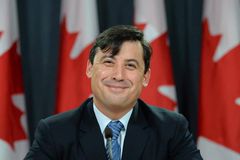 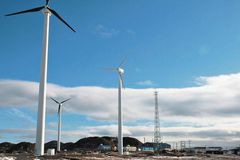 Opinion
Quebec tears itself apart over visions of the human body
December 2, 2013 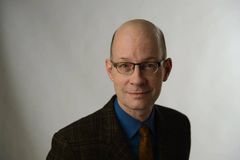 From Jack Layton to Justin Trudeau: there’s no monopoly on ‘hope’
November 29, 2013 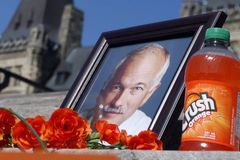