A final vote on suspending three disgraced senators without pay will take place early next week after Senate Conservatives announced they would place a time limit on further debate.

The Senate adjourned Thursday afternoon, leaving the controversy unresolved as Conservatives gather in Calgary for the party's convention. Conservative senators were under pressure to deliver on a plan to suspend Mike Duffy, Pamela Wallin and Patrick Brazeau after nearly two weeks of debate on the matter.

But efforts to force a vote before Prime Minister Stephen Harper addresses the Conservative convention Friday night faltered. That means Mr. Harper will be unable to say the party has dealt with the disgraced senators and leaves the issue hanging over the convention.

Claude Carignan, the Government Leader in the Senate, said Thursday that the Senate adjourned to allow some senators to travel to the convention and because it would have been impossible to have a vote on the suspensions on Friday.

"It's a tradition that when we have a convention the chambers don't sit, and it's exactly what happens [on] the other side," said Mr. Carignan, who is planning to attend the convention.

The Conservatives tabled a new motion Thursday that combines all three proposed suspensions into a single vote. The motion will also allow senators to keep their medical and life insurance benefits if they are suspended.

The Conservatives also gave notice that they will impose time allocation on the new suspension motion, which, if passed, would limit further debate to six hours.

Debate on the Senate suspensions is expected to resume on Monday afternoon, and the Conservatives say a vote could take place late Monday or on Tuesday.

An earlier plan to limit debate on the suspensions was turfed after the Speaker ruled the government could not impose time allocation measures on motions that were not introduced as government motions.

All three senators are former Conservatives who were removed from caucus after questions were raised about their expense claims.

Mr. Carignan laid out the options for lightening the proposed sanctions in a caucus meeting earlier this week after some Conservatives expressed concern about the suspensions, according to a source. A majority agreed that the best compromise would be to allow the senators to keep their benefits if they are suspended, the source said.

However, as many as seven Conservative senators expressed concern with the original plan to suspend the senators, and sources familiar with the matter said that, in many cases, the amendment did not alleviate their concerns. Mr. Carignan has said that the vote will not be whipped, but there is usually added pressure to vote with the party on a government motion.

Senator Hugh Segal, one of three Conservative senators who spoke against the motions publicly, called the move to allow the senators to keep medical benefits "a touch of humanity" but said it does not address his main concern that the government is trying to suspend them without giving them an adequate opportunity to defend themselves.

The Liberals tabled an amendment to the motion that would send the question of the suspensions to a committee, which would hear from the senators facing censure and provide advice to the Senate on how to proceed. Liberal Leader James Cowan has argued that keeping the debate in the Red Chamber does not give the senators an adequate opportunity to defend themselves.

"They have the right to meet the accusations and against them and correspondingly to make and present their own case," Mr. Cowan said Thursday.

On Thursday morning, the Conservative government was confronted with one more round of opposition demands for more information on the Senate expenses scandal as Tory MPs prepared to fly to Calgary for the party convention.

Nathan Cullen, the House Leader of the Official Opposition NDP, reminded the House of Commons during an early Question Period on Thursday that Mr. Harper once said prime ministers who are under a cloud should use every opportunity to be as forthright as possible.

"That was back when the Conservative thought that telling the truth actually mattered to Canadians," said Mr. Cullen. "Is the Prime Minister aware of any other cheques from Nigel Wright to Mike Duffy?"

Mr. Wright, Mr. Harper's former chief of staff, wrote a cheque for more than $90,000 from his personal account earlier this year to cover the questionable living expenses that had been claimed by Mr. Duffy, a Conservative senator from Prince Edward Island. The Conservative party also paid more than $13,000 to cover some of Mr. Duffy's legal fees.

The Prime Minister was not in the House so it was left to his parliamentary secretary, Paul Calandra, to reply. Mr. Calandra said it is commonplace for political parties to help their members who require legal assistance.

Later in the Question Period, Liberal House Leader Dominic Leblanc asked why the Prime Minister has said there no documents in his office to explain the story behind the money that was paid to Mr. Duffy.

"Senator Duffy has made public documents an e-mails directly contradicting the Prime Minister," said Mr. Leblanc. "It's a sad day when Canadians have to learn more from Mike Duffy in eight days than the Prime Minister in eight months. Will the government make public the remaining documents or will they wait for Mike Duffy to do so?"

Mr. Calandra replied that it was a sad day when the Liberals stand up for disgraced senators. 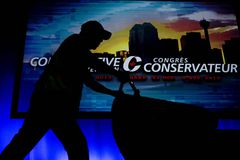 Conservatives raise more money than other parties, but Liberals get more donors
October 31, 2013 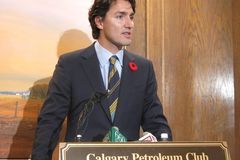 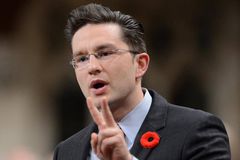 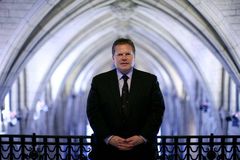 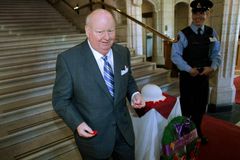 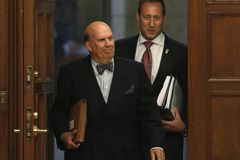 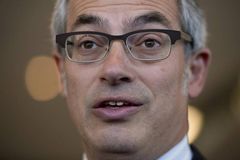