Thomas Mulcair has taken control of the New Democrats in the same way that Stephen Harper took control of the Conservatives: by appealing to the party membership in the face of opposition from the old guard.

Now, like Mr. Harper, Mr. Mulcair must transform that party from a protest movement into a government.

Make no mistake about the importance of what happened in Toronto last weekend: Tens of thousands of New Democrats rebelled against the party establishment – a cabal of union leaders, academics, journalists and party apparatchiks – to elect an outsider.

They did it, in the words of one NDP supporter who was at the convention, because they no longer wanted to be led by "a comfy sweater." Mr. Mulcair and Brian Topp, who finished second, were both seen as bare-knuckle politicians who could take on the Conservatives and win.

Mr. Mulcair, a Quebec MP and former provincial Liberal cabinet minister, defeated Mr. Topp, the party's canniest strategist, because Mr. Topp was favoured by the party elders, and among those elders there are too many comfy sweaters.

In appealing to the base through the one-member, one-vote system to displace the NDP elites, Mr. Mulcair was following precedent: Stephen Harper did the same to smother the Progressive Conservative influence within the new Conservative Party in 2004; he in turn was imitating Mike Harris's coup against the old guard of the Ontario Conservatives in 1990.

If history is precedent, Mr. Mulcair will make a show of party unity, as he did Sunday by keeping Vancouver MP Libby Davies as deputy leader, just as Mr. Harper initially gave positions of prominence to old Progressive Conservative hands such as Peter MacKay and Jim Prentice.

But before long, the senior ranks will be filled with Mulcair people, and the NDP will begin to sound like something very different from the party of "brothers" and "sisters" and "solidarity" and "working people."

And in this lies the uncomfortable irony for New Democrats. Just as Mr. Mulcair imitated Mr. Harper's path to power, now he must imitate Mr. Harper by making his party electable.

"You've attacked our opposition to unfair trade deals, our links with the labour movement, our championing of ordinary people," she accused Mr. Mulcair.

To which Mr. Mulcair replied: "Between the Ontario border and the B.C. border we now hold a grand total of three seats." Principle, meet the will to power.

A Mulcair government would no doubt toughen environmental regulations, spend more on health care and education and make it easier for unions to organize.

Canada is a consensual society. Government operates within that consensus. Grownup parties know this. NDP members chose Mr. Mulcair because they believe he knows it too.

A comparison of the Prime Minister and the Man Who Would Be.

Thomas Mulcair: a principled pragmatist who hits to hurt
May 3, 2018 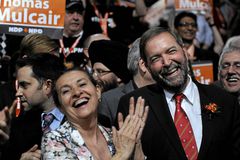 NDP hunts for source of cyber-attack on electronic voting system
May 3, 2018 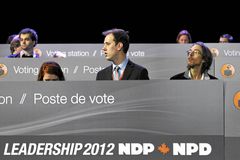 Mulcair is NDP's best hope of winning election
May 3, 2018 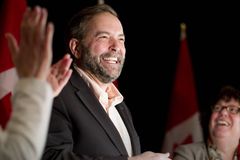 The comedy of complaining about Tory attacks
May 3, 2018 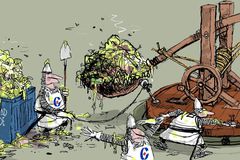 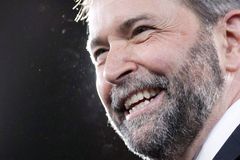 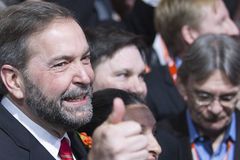 Despite Topp's reservations, the NDP is headed Mulcair's way
May 3, 2018