Top New Democrats are taking steps to tone down the socialist rhetoric in the party's constitution – a move designed to woo centrist voters but one that risks alienating the traditional base.

After four years of occasionally heated debate, a committee of senior party officials is proposing revisions to the constitution's preamble that would excise much of the dogma upon which the party was founded.

It is a change that Thomas Mulcair endorsed after he took over as party leader last year and one that allows more leeway in supporting resource development, such as a pipeline to the east, that they believe can be accomplished in a sustainable fashion.

Rebecca Blaikie, party president, says the aim is to help New Democrats to better define themselves.

"We are running for government," Ms. Blaikie said Wednesday "We need to have a good preamble that introduces new potential New Democrats, the Canadian people, to who we are, what we stand for, where we come from and where we want to take the country."

"Times change, language changes," Ms. Blaikie said, after sending the proposed changes to party members, "and there is a desire to make sure that we are being clear about who are, and what that means today in 2013, and what that would mean for the country if they were to give us the privilege of government."

But, while the new preamble is less likely to deter Canadians who do not consider themselves left-leaning, the move to change it prompted considerable backlash from long-time party members at the NDP policy convention in Halifax in 2009 and again in Vancouver in 2011.

Jim Laxer, a professor at York University in Toronto who mounted a strong campaign for party leader in 1971 but lost to David Lewis, said the party has been moving away from its socialist roots for a long time. "What this does is to further move it in that direction," Dr. Laxer said in a telephone call from Paris. All references to socialism in the new preamble simply acknowledge the past and the remainder of the document seems to be a "small-l liberal conception of values and society," he said.

"What it's about is whether or not the NDP still has a critic perspective on the system as it exists, on capitalism as it is now practised in Canada," Dr. Laxer said. "At a time when Canada is becoming a society that is more and more divided between a relatively small group of very prosperous people and rest … what we need is a very sharp and clear view of what our values are in this period."

After the Vancouver meeting where the preamble became a point of contention, it was agreed that a committee consisting of former leader Alexa McDonough, former Manitoba MP Bill Blaikie, former party president Brian Topp, NDP MP Élaine Michaud and CUPE's Pam Beattie would consult with party members and come up with better wording. Their proposal will be put to a vote at the NDP's policy convention in Montreal on the second weekend of April.

As it currently stands, the preamble says: "The production and distribution of goods and services shall be directed to meeting the social and individual needs of people within a sustainable environment and economy and not to the making of profit."

If the party's new proposed version is accepted, those words will be gone. Instead, the preamble will talk about the need for "sustainable prosperity, and a society that shares its benefits more fairly."

The new preamble would no longer promote efforts to "modify and control the operations of monopolistic productive and distributive organizations through economic and social planning … and where necessary, the extension of the principle of social ownership."

There would instead be talk about the need for "a rules based economy, nationally and globally, in which governments have the power to address the limitations of the market."

Mr. Mulcair has said the traditional messaging of the New Democrats repels non-traditional supporters. Now it's up to party members to decide whether they agree with him. And not all will.

"We are looking at a crisis across the entire capitalist world, which includes Canada," Dr. Laxer said, "and I think the document should reflect that crisis. And I think if it doesn't, and the party doesn't, then the crisis is going to knock on their door."

NDP to propose toning down socialism in its constitution
Subscriber content
April 3, 2013 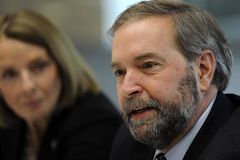 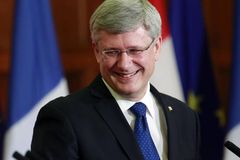 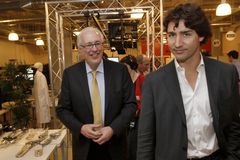 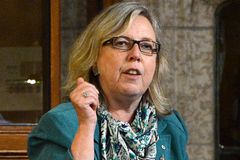