New Brunswick is considering scaling back its new tax on the top 1 per cent in light of federal Liberal plans to adopt a similar tax hike nationwide, a pledge that is raising concern it could hurt Canada's cash-strapped provinces.

New Brunswick's Liberal government raised its top tax rate earlier this year after the party successfully campaigned on the issue in the fall of 2014. But federal Liberal plans to also hike taxes on the top 1 per cent have the province rethinking its approach, given that its top earners would end up paying a total of 58.75 per cent, the highest in the country.

In an interview with The Globe and Mail, New Brunswick Finance Minister Roger Melanson said prime-minister-designate Justin Trudeau's victory means his government may have to reconsider the tax hike he announced in the province's March budget.

"Before any final decision is made, we want to sit down with the new finance minister, federally, when we know who that is … to clearly understand what it is exactly that would be brought forward," he said. "Based on that, we are open to do some adjustments.

"As much as we need incremental revenues, we also want to be competitive."

Taxing the rich was a central theme of Mr. Trudeau's election campaign, but some argue Ottawa should not be taking tax room from the provinces, given the pressures they face to cover rising costs in areas such as health care and debt servicing.

"I have a bit of an issue with basically the federal government crowding out some provinces," said Bank of Montreal chief economist Doug Porter, arguing that Ottawa's finances are currently in a better situation than those of most provinces. "I think this is a big story. This is a pretty important change … I actually find the whole issue a bit ironic. If anything, for years many voices have been calling for the exact opposite."

The federal Liberal platform promised a new tax bracket of 33 per cent (up from 29 per cent) on incomes in excess of $200,000. The platform said the money raised would pay for a tax cut on income earned between $44,701 and $89,401, dropping the rate from 22 per cent to 20.5 per cent. The top provincial rates vary in terms of what rates and income levels apply. However, the top combined marginal tax rate is a frequently cited point of international comparison.

Since as far back as the 1966 Carter Commission on taxation, there has long been a view that taxation rates above 50 per cent represent a "psychological barrier" that governments should not cross.

Under the proposed change, Nova Scotia would have the second-highest combined rate at 54 per cent.

"At this point there have been no discussions about changing our upper tax bracket," said Marla MacInnis.

At the moment, both Ontario and Quebec are just barely under the 50 per cent threshold but would climb to 53.53 per cent and 53.3 per cent respectively under the proposed federal Liberal plan.

Mr. Trudeau's successful tax-the-rich campaign was tested a year earlier in New Brunswick's election. The provincial Liberals promised to hike taxes on the 1 per cent as a way of paying for new infrastructure spending.

The New Brunswick Liberals' 2014 campaign team included several senior federal Liberals, including MP Dominic LeBlanc and David Herle, a former adviser to prime minister Paul Martin, who specializes in polling and focus-group testing. The Ontario Liberal government made similar tax changes in its 2014 budget and there are deep political links between the Ontario Liberals and Mr. Trudeau's entourage.

The political focus on the top 1 per cent that succeeded in the New Brunswick campaign was largely replicated by the federal Liberals this year.

Economist Don Drummond agrees there is a psychological barrier to tax rates climbing above 50 per cent, but he says there has not been a lot of research that attempts to measure the impact of higher taxes on the 1 per cent. He said the federal move will likely put pressure on some provinces to reduce their top rates, but he also said politicians like to say they're taxing the rich.

"It was not solely a finance measure. I think it was for the optics," he said.

Mr. Drummond said provincial revenues will likely take a hit because the higher combined rates would encourage high-income earners to find ways of avoiding the tax.

"The [incoming] federal government has created some additional leakage," he said.

Krista Ross, president of the Fredericton Chamber of Commerce, said the province's business community is urging New Brunswick to scale back its top rate.

"There's always a concern that if a business person is taxed to that level, that they may choose to work in another jurisdiction," she said, warning that those high earners are also likely to be employers who could take jobs with them. "Whether it be physicians or successful entrepreneurs, we have to make it such that we have an attractive tax situation for them."

While business groups oppose the higher taxes, the left-leaning Canadian Centre for Policy Alternatives released a paper Thursday by Dalhousie University economics professor Lars Osberg that argues there is scant evidence that high-income earners would emigrate in response to higher taxes.

"There is plenty of scope for higher top marginal income tax rates in Canada," the report states. 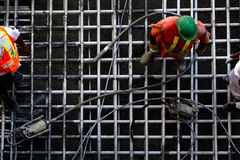 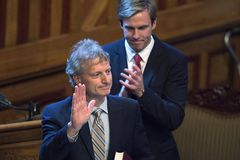 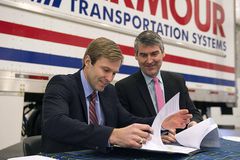