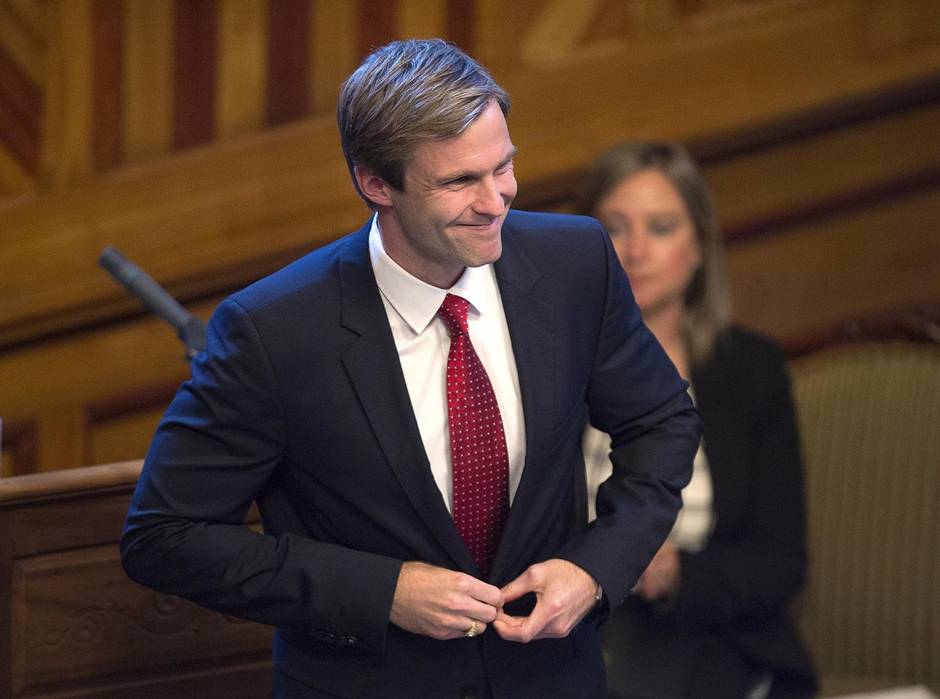 Another Liberal premier helps out Trudeau

Another Liberal premier is inserting himself into the federal election campaign, and helping out Liberal Leader Justin Trudeau as a result. This time it’s New Brunswick Premier Brian Gallant, who is following in the rhetorical footsteps of Ontario’s Kathleen Wynne.

While she has called for the defeat of the Conservative government and taken on Stephen Harper over pensions, Mr. Gallant is picking a fight with NDP Leader Tom Mulcair over Energy East, the proposed $12-billion pipeline that will bring Alberta oil to the Irving refinery in Saint John. In an interview with The Globe and Mail, Mr. Gallant characterized Mr. Mulcair’s position on the proposed pipeline as “very disappointing” and accused him of “wavering” on his support for it. He suggested, too, that Mr. Mulcair’s position varies depending on where he is in the country.

The proposed TransCanada pipeline would mean about 2,000 jobs for New Brunswick and about $1.5-billion added to the provincial GDP and an increase of $300-million in revenues, the Premier says.

The Premier, however, denied the Trudeau Liberals had put him up to his comments. He said he will be casting a vote for Mr. Trudeau in the federal election but will not be campaigning with him or any other leader.

Mr. Trudeau has invested a lot of time in the province and the Liberals hope to win back seats they lost in 2011. In 2003, the Liberals won nine of the 10 seats.

There are 10 federal seats in New Brunswick, eight of which are Conservative. Mr. LeBlanc is the lone Liberal MP in the province and long-time NDP MP Yvon Godin is not running again.

The NDP Leader was in New Brunswick just before the election was called, and Mr. Gallant said at that time he seemed to be supportive of the project but now “he seems to be changing his tune.”

“We just can’t afford to have politics get in the way of a project that will help create jobs,” Mr. Gallant said.

The NDP, however, says Mr. Gallant has it wrong. Mr. Mulcair is not speaking out of both sides of his mouth, according to an NDP official, who asked not to be named. The suggestion is that Mr. Mulcair needs to be nuanced in his position because Quebec has some concerns about the pipeline and the NDP has the majority of its seats there.

The allegation stems from an interview Mr. Mulcair gave to a French-language magazine in which his statement on Energy East was shortened and as a result misinterpreted. It has since qualified what he said. However, Mr. Mulcair’s position is still vague. 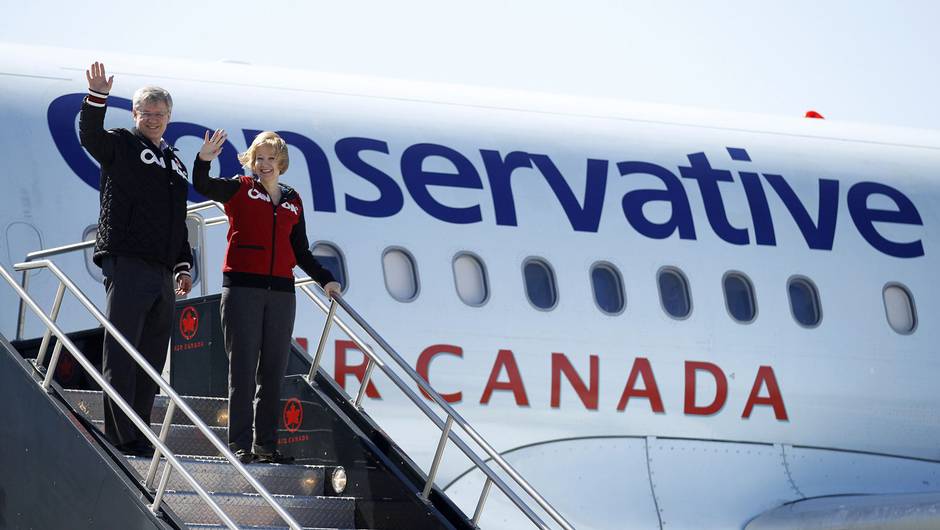 Stephen and Laureen Harper outside the Conservative campaign plane. (Reuters)

Stephen Harper is charging media $12,500 a week – or $70,000 for the full 78-day tour – for a spot on his campaign plane or bus. That doesn’t include meals or hotel costs. The NDP is a bargain compared to that – $50,000, whether you jump on the bus now or after Labour Day. In addition, the party has once again secured an Air Canada plane so it means Aeroplan points for anyone with the loyalty card.

The Liberals have not yet announced their costs. In the last two elections, the party had trouble leasing planes, ending up in 2008 with a gas guzzler from Air Inuit and in 2011 with an older model Boeing 737-400 from Kelowna-based Flair Air. Their plane problems became a symbol of their troubled campaigns. 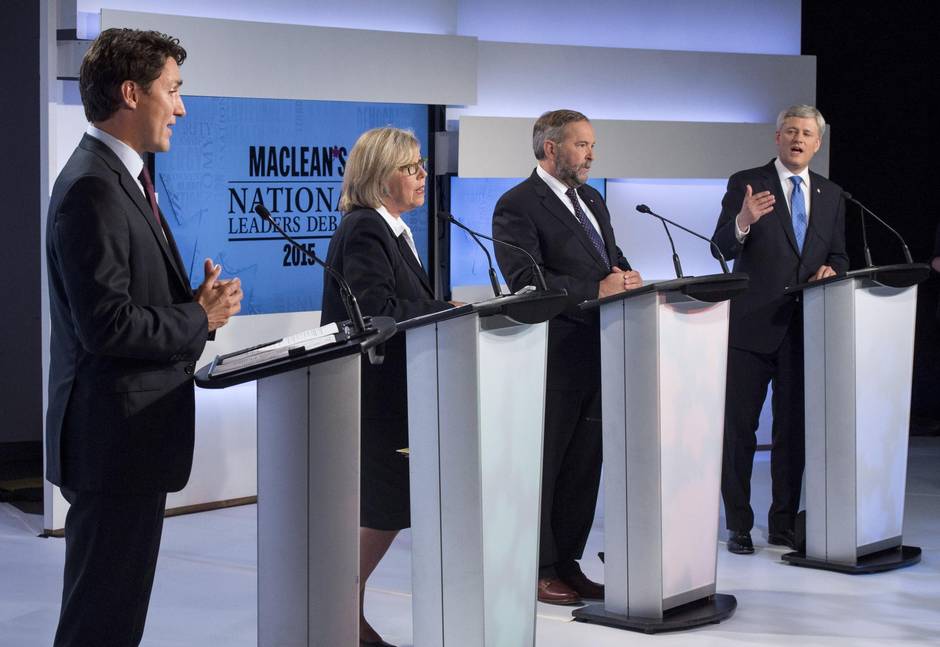 In 2011, then Liberal leader Michael Ignatieff was considered by many in the media to be the winner in the early part of the election campaign. Maclean’s featured a cover with Mr. Ignatieff staring down Stephen Harper with the headline: “Round One, Ignatieff – his surprisingly strong start.” We all know what happened after that as he led the Liberals to third-party status, even losing his own Toronto seat. In the early days of this election, the Liberals are jazzed over Mr. Trudeau’s performance – his lower, modulated voice and snappy exchanges – in the recent leaders’ debate. One long-time Liberal remarked that Mr. Trudeau helped his supporters relax when they realized he wasn’t as bad as was feared.