Prominent New Democrats are asking party members to oppose the Trans Mountain pipeline expansion, a project that has put Canada's two NDP premiers at odds in the defence of the perceived interests of their voters.

Nearly 2,000 New Democrats are meeting in Ottawa this weekend to decide what policies their new leader, Jagmeet Singh, will take into the 2019 federal election. But Alberta Premier Rachel Notley and B.C. Premier John Horgan are not among them.

Ms. Notley has had strong words for her B.C. counterpart in recent weeks as he tried to stop Kinder Morgan's $7.4-billion project, which would carry bitumen to Burnaby from Edmonton, and she has banned the import of B.C. wine into Alberta as a retaliatory measure.

But Ms. Notley's concern for jobs in her province, and her own battle in next year's Alberta election, should not stop New Democrats from taking a stand against the pipeline, several well-known members of the party – including MP Niki Ashton, former MP Libby Davies and former union leader Sid Ryan – said in a statement released on the eve of the four-day convention.

"We believe this convention has to take a position against the Trans Mountain pipeline expansion," the statement said. "We need to show Canadians that we will stand in solidarity with the British Columbia NDP government as it attempts to stop this destructive, carbon-inducing project that threatens Indigenous communities and undermines the green, prosperous, climate-friendly future that will benefit all of us."

The signatories said they are aware there are differences of opinion within the party over the Trans Mountain pipeline. "However," they said, "our first obligation should be to climate justice and the First Nations that are fighting the project in order to preserve their historic rights and way of life."

The pipeline has created a rift in the NDP family but is unlikely to lead to heated disputes on the floor of the convention where a vocal faction is urging that Canada shift to 100-per-cent renewable energy within the next 20 years.

Mr. Singh has also spoken against the Trans Mountain expansion saying it does not meet his three criteria for the approval of energy projects, including that they adhere to the principles of the United Nations Declaration on the Rights of Indigenous Peoples, meet climate-change goals and create local opportunities.

That might make the NDP a more difficult sell in Alberta, where it has never done well federally but did win the past provincial election. But Alberta delegates say they can find common ground with other New Democrats by shifting the discussion to environmental protection and support for energy workers who are phased out of jobs.

Heather McPherson, a delegate from the riding of Edmonton Strathcona, said a few hours after the convention began on Friday afternoon that the issue of pipelines had yet to come up in her discussions with other delegates.

"I think what Rachel Notley is doing in Alberta is remarkable. I think that the way she is diversifying energy in our province is great," Ms. McPherson said. "I think the way they are stepping away from coal and moving toward a cleaner environment that way is fantastic."

Linda Duncan, an environmentalist who is the only New Democrat MP in Alberta, said she understands why some of her party colleagues oppose the Trans Mountain expansion. "They are speaking up for their constituents because a particular pipeline is going through their backyards," she said.

But Ms. Duncan said she believes it is more productive to talk about what can be done to help Canada make the shift away from fossil fuels than it is to spend time opposing pipelines.

"I think everybody here agrees that the world is moving in that direction and we need to make sure that Canada gets on board," Ms. Duncan said, "but we do it in a way that doesn't prejudice, not just workers who are working in fossil fuels, but the communities that rely on those industries." 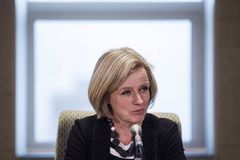 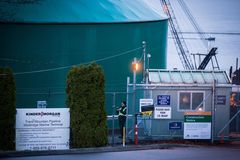