The federal NDP has opted for an extended leadership race to replace Tom Mulcair, as it looks to name a new leader between September and October of 2017.

The decision comes after around 100 New Democrats from across Canada gathered at an Ottawa hotel Sunday to carve out the terms for the race – a process launched after Mr. Mulcair was flatly rejected as the party's long-term leader at a convention in Edmonton last month.

The NDP's national director, Karl Belanger, said members of the party's governing body agreed on Sunday that more time is needed to assess where the party is at and to allow for potential candidates to organize and set up campaigns.

"Councillors felt that by providing that longer window it would provide better opportunities for outreach and fundraising and for the party in general," Mr. Belanger said.

In order to run, hopefuls will be required to provide a registration fee of $30,000 while the spending cap has been set at $1.5-million.

The nomination period will begin in July.

"Council has given potential candidates a time frame that will allow for a fair and competitive race, while giving enough time for the new leader to prepare for the general election," said NDP president Marit Stiles.

The party brass did not set a precise date for a leadership vote within the fall 2017 time frame.

There are many challenges for the NDP as it looks to replace Mr. Mulcair, including the current debt load of around $5-million – a legacy of the marathon federal election that punted the party back to third-party status in the Commons.

For his part, Mr. Mulcair has said it is unlikely he will run again in the 2019 federal election. He has yet to weigh in on the timeline announced by the federal council.

As the NDP eyes its future and a lengthy leadership race, fundraising is sure to be a concern.

A letter from the party's president, vice-presidents and treasurer distributed ahead of Sunday's meeting noted council should consider the financial impact of the race and its effect on national and provincial fundraising efforts.

Mr. Belanger said these concerns were addressed by council, adding administrative fees have been increased to 25 per cent – up from 15 per cent in the 2012 race – meaning 25 cents will go to the party for every dollar a campaign pulls in.

Recent figures released by Elections Canada showed the party struggled in its first quarter and collected only $1.3-million.

McMaster political science professor Peter Graefe said the timing of the leadership race will have "significant impacts" on the party's money-making ability.

"Mulcair is going out the door and you're mostly raising money on the … back of your leader so it is going to be a bit complicated from that point of view," Prof. Graefe said.

The NDP can't begin raising significant amounts of money until two years out from the next election, he added.

"I don't think they are likely to go bankrupt if you like but … they'll still be paying off these debts by the time a new leader is chosen so that's going to make it difficult for them to be in a competitive position going into the next federal election."

Prof. Graefe said the New Democrats were likely influenced by the timing of the Conservative leadership race, set to be held in May, 2017.

"They want the Conservatives to choose their leader so that they can make their choice … in the context of who the other two leaders are going to be," he said.

In addition to weakened fundraising efforts following October's disappointing election result, the NDP is also using resources to foot a legal bill over its satellite office saga now playing out in Federal Court.

The party launched this fight after the Commons board of internal economy ordered 68 NDP MPs – many of whom went down to defeat last October – to repay $2.7-million in parliamentary funds that went towards office operations in Montreal, Toronto and Quebec City. 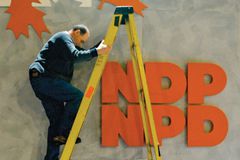 Jeffrey Simpson: NDP faces another debilitating battle for its soul Subscriber content
May 16, 2018

NDP leaders in Western Canada under pressure to split from federal party
November 12, 2017 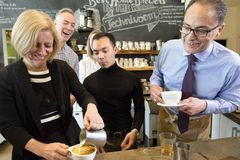