Canada has seen a dramatic drop in the number of refugees seeking asylum here after Ottawa began fast-tracking applications from countries where it feels people are less likely to be persecuted.

Senior government sources say that on average, 164 foreigners are claiming asylum weekly in 2013, down nearly 70 per cent from the average weekly claim for the past five years, which was 537. This is based on data for the first seven weeks of 2013.

The plummeting figures show the impact of the changes that Immigration Minister Jason Kenney made to Canada's refugee system in 2012 when he sponsored a bill that made this country a less welcoming destination for asylum seekers with shaky claims – those he called "bogus refugees."

The Conservatives said last year the expected savings in social, education and health benefits that would no longer need to be extended to asylum seekers with unfounded claims was estimated to exceed $1.65-billion over five years. Sources say now the savings could be deeper than expected because claims are dropping more than Citizenship and Immigration expected. Senior officials predict that if the trend of the first seven weeks continues, the total savings for provinces and territories could grow by an additional $420-million to exceed $2-billion over half a decade.

One of the biggest changes is the number of asylum seekers from Hungary, previously the No. 1 source of unfounded claims. The number of claims filed by Hungarians since new rules took effect this past December is seven, down 98 per cent from 412 in the same period a year earlier.

Hungary, the People's Republic of China, Croatia and Pakistan were the top sources of claims in 2012 but in 2013 the top four, by ranking, are China, Pakistan, Nigeria and Colombia.

Mr. Kenney's legislation, now law, gives the Immigration Minister the power to designate which countries are less likely to be a legitimate source of refugees.

Changes last year designated 27 countries of origin – including the United States, most European Union member countries and Croatia – as places from which claims would be fast-tracked. Ottawa added eight more countries to this list this month.

Refugee claimants from countries on this safe list – those that Canada considers democratic states with a solid human-rights record and an independent judiciary – now have much less time to fight to stay here.

Their applications are approved or denied in as little as 45 days, down from more than 1,000 days under the old system. Under the new system, claimants from these 35 countries whose claims are rejected by the Immigration and Refugee Board are allowed only one appeal, to the Federal Court, and this challenge will not slow down their removal from Canada.

Claims from the countries Ottawa has designated as less likely to be a source of persecution have dropped 86 per cent since the changes last December, amounting to 124 asylum seekers to date compared with 874 in the period a year earlier.

The Harper government came under heavy criticism for this move from immigration lawyers and opposition parties who said the Conservatives were not giving people fleeing oppression and hardship sufficient time to justify their claims. Critics assailed Mr. Kenney for designating Hungary as a country unlikely to be a source of persecution even though the Roma, once known as Gypsies, encounter discrimination there. The government's changes are expected to face a court challenge.

The Tories justified their crackdown on bad-faith refugee claimants by pointing to statistics showing a sizable majority of people seeking asylum never managed to qualify for shelter in Canada but while they waited, sometimes years, for approval, they cost taxpayers hundreds of millions of dollars in health and social benefits.

Mr. Kenney famously complained last December about people coaching applicants to take advantage of Canada, recalling an incident in 2009 where, he said, 140 passengers disembarked in Canada after a flight from the Czech Republic and 90 of them went on to make asylum claims.

Under the old system, federal officials say, people from the 35 safe countries could fight for as long as five years to stay in Canada and draw on federal health programs, provincial welfare and a full suite of federal benefits.

In recent years the Immigration and Refugee Board approved only 35 to 38 per cent of applications, judging them to have a well-founded fear of persecution; the rest were rejected, withdrawn or abandoned. Under the new system, Ottawa has created a separate queue for post-Dec. 15, 2012, refugee applicants so they can be processed quickly. New asylum claimants get a hearing in 30 to 45 days if they come from the 35 countries considered less likely to be a source of persecution. Claimants from all other countries get a hearing in up to 60 days but still have many options for appeal left open to them.

Ottawa is still working through a backlog of refugee applications under the old system that exceeds 29,000 today. 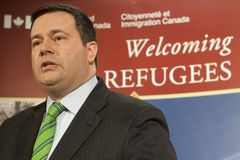 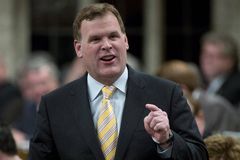 Opinion
If nothing else, Tory plan to strip terrorists of citizenship is good politics
February 7, 2013 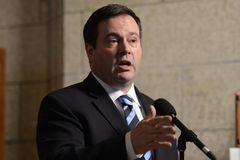 Why Canada and India are natural business partners
February 13, 2013 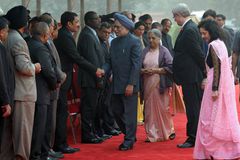 Canada should not strip people, even terrorists, of citizenship
February 6, 2013 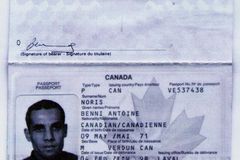 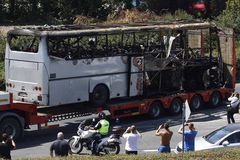