The new independent Senate won't be afraid to make changes to Liberal legislation but that doesn't mean it will derail Prime Minister Justin Trudeau's agenda, according to the government's point man in the Red Chamber.

Senator Peter Harder, the government's representative in the Senate, said the chamber of sober second thought is slowly transforming into an independent, less partisan and more accountable body that complements the elected House of Commons. And that means, at times, making changes to bills passed by members of Parliament, he said.

"Sometimes I have to go to the government and say, you know, there are issues here you might want to reflect on," Mr. Harder said in a year-end interview.

Globe editorial: Mr. Trudeau prefers who he prefers in the Senate

Opinion: Why regional representation is the wrong basis for Senate reform

"There have been occasions even in the last eight months when I advanced legislation back to the other chamber that was different than the legislation as it came," he added.

After a years-long scandal over Senate expenses left the institution's reputation in tatters, the Liberal government created a new appointment process that relies on an advisory board to make recommendations to the Prime Minister in a bid to make the Senate more independent.

But the change has left many wondering how the Liberal government will ensure its bills, which must pass in both the House and the Senate, will become law without the traditional party system in the Red Chamber. There are now 42 non-affiliated senators who make up the largest chunk in the 105-member chamber. While acknowledging the new Senate is a "work in progress," Mr. Harder said he hasn't yet had to use any heavy-handed tactics, such as limiting debate on bills, to get the government's legislation through.

"We have had understandings that allowed the government's agenda to advance at a pace that I was comfortable with. And I hope that that can continue," he said.

He cited two recent examples of the way Senate committees changed what they believed to be flawed legislation.

One had to do with a bill that tackles gender discrimination in the Indian Act, and a request from senators to ask the Quebec Superior Court for more time to consult. Another dealt with controversial changes to the Bank Act in the government's budget bill. Finance Minister Bill Morneau agreed to remove the changes in response to strong objections from Quebec and some senators.

"I think you're seeing the Senate do what it has been asked to do," Mr. Harder said.

Conservative Senator Denise Batters, however, said in a recent video that "democracy is currently under attack" in the Senate. She said Mr. Harder is attempting to "destroy the Senate opposition" and questioned whether he was taking his cues from the Prime Minister's Office.

Some government laws appear to be languishing. It took six months for a bill that repeals aspects of the former Conservative government's citizenship law, which included stripping citizenship from dual nationals convicted of terrorism, to make its way to a Senate committee before winter break. Another bill that changes the Conservative government's requirements for unions to publicly post detailed financial information is also still in committee.

Josh Paterson, executive director at the British Columbia Civil Liberties association, which challenged the previous government's citizenship law, said he's concerned about the length of time the repeal bill is taking in the Senate.

"The sooner that we put an end to second-class citizenship in this country, the better," he said.

But he said he's hopeful the bill's sponsor, independent Senator Ratna Omidvar, will be able to pass an amendment that would allow those who are deemed to have misrepresented themselves to appeal the decision at a hearing before their citizenship is revoked.

"All of this delay results in more and more Canadians who are potentially losing their citizenship without the opportunity to have a fair hearing," Mr. Paterson said. "That being said, we're quite hopeful that they're going to get it right."

Mr. Harder said the citizenship and union bills would be dealt with "in an expeditious fashion when we return" in February, as will the government's transgender rights bill.

He added that senators are keenly aware of their power and the fact that they are not elected.

Mr. Harder pointed to the Liberal government's physician-assisted dying bill last spring, which senators initially wanted to broaden to include those who are not at the end of life. But when the House of Commons rejected that amendment, senators backed down.

"Because we are appointed, that authority has been restrained, self-restrained. And I think that's appropriate," he said.

Priorities for next year also include coming up with an internal auditing system for the Senate, as well as figuring out how the new independents will organize themselves in the confines of the party system. Senate committees have already been rejigged to reflect 40-per-cent Conservatives, 40-per-cent independent and 20-per-cent Liberals.

"I'm very excited about the next year because I do think it's the year of momentum for reform," Mr. Harder said.

Mr. Trudeau prefers who he prefers in the Senate
October 28, 2016
Opinion
Why regional representation is the wrong basis for Senate reform
September 26, 2016 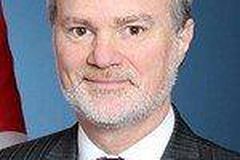 Opinion
The course-changing consequences of senate reform
November 5, 2016
Follow Laura Stone on Twitter @l_stone
Report an error Editorial code of conduct
Due to technical reasons, we have temporarily removed commenting from our articles. We hope to have this fixed soon. Thank you for your patience. If you are looking to give feedback on our new site, please send it along to feedback@globeandmail.com. If you want to write a letter to the editor, please forward to letters@globeandmail.com.
Comments