Canadians can no longer be thrown in jail for not completing the twice-a-decade census, though warrants are still out for some who have flouted the survey.

Parliament quietly passed a bill last month to give Statistics Canada more independence in how it conducts its research, and also changed the punishment for refusing to fill out the census or for providing false information. Canadians will no longer be threatened with up to three months of jail time, but they could still receive fines of up to $500.

"There is general consensus within Canada that imprisonment for not completing mandatory surveys, including the census, is inappropriate and disproportionate to the offence," Statistics Canada said in a statement.

Related: Census 2016: Canadians, including recent immigrants, are among most educated in the world

The Public Prosecution Service of Canada (PPSC) said there are currently 19 cases before the courts of people who refused to respond to the census or gave false information. In addition, there are two outstanding arrest warrants connected to the 2011 survey.

PPSC would not provide any information about those cases. Neither PPSC or Statistics Canada could say how many Canadians had been punished for refusing to fill out the census.

After the 2011 survey, a 79-year-old Toronto woman was sentenced to 50 hours of community service and an 89-year-old woman was found not guilty. Following the 2006 survey, a Kingston man was fined $300 and a Saskatchewan woman was found guilty – and handed an absolute discharge.

The census, which is conducted every five years, has two components: a short-form survey sent to every household that asks a few basic questions, and a more detailed long-form questionnaire that is sent to a quarter of households.

Statistics Canada says it is looking into ending the short-form survey by 2026 and relying on information from other government databases instead.

One of the Liberal government's first acts after winning the 2015 election was to reverse a policy from the previous Conservative government that made the long-form survey voluntary. In 2010, the Conservatives said they were protecting Canadians who did not want to divulge private information to a government agency. At the time, the head of Statistics Canada, Munir Sheikh, resigned and said the move threatened the integrity of the data gathering because fewer Canadians would respond.

Statistics Canada would not say whether removing the threat of imprisonment could make Canadians less likely to fill out the census in the future, instead pointing out that its questionnaires generally have high response rates.

"Canadians understand the importance and value of participating in surveys as well as in the census," the agency said in a statement. "We will continue to rely on the goodwill and co-operation of Canadians in the execution of our mandate."

Among other things, the new legislation gives the chief of Statistics Canada a renewable term that can only be terminated with cause, and creates an advisory council to report annually on the state of the nation's data.

The bill received hearings at House and Senate committees, but sailed through both chambers on voice votes – meaning that no yeas or nays were ever formally recorded.

How one question in Census 2016 halved Canada’s Jewish population
December 29, 2017 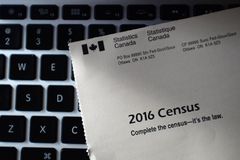 Filling out your census will not destroy the legacy of Stephen Harper
May 10, 2016 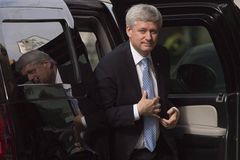 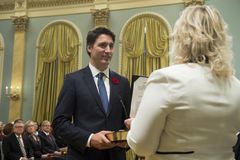