Blunt and bold, Robert (Bob) Paulson's life mission has been to catch bad guys. Now, the No. 1 job for Canada's top Mountie is to confront the wrongs within a force reeling from a string of scandals, including recent allegations of sexual harassment.

"These allegations do not represent the force that I joined and this condition cannot stand," the new Commissioner of the RCMP told reporters on Wednesday as he was officially appointed. He announced a probe into the claims. "I will sort this out in a way that Canadians can have faith and trust in the RCMP."

A 52-year-old former fighter pilot with a known appetite for risk and pushing boundaries, Commissioner Paulson remains something of a policing traditionalist. Mounties must return to the tried-and-true fundamentals, he suggests, to get out of their funk.

"We need criminals to fear us and our fellow citizens to respect us," he told officers in a 2010 internal letter obtained by The Globe and Mail. His road map out of controversy? Get back to basics. "The main questions law-abiding Canadians want us to answer are: 'Which crooks have you caught lately?' and 'Are you making it safer out there for us?'"

Like never before, Canadians are questioning the RCMP's ability to safeguard the public. Complaints of botched investigations, excessive use of force and institutional dysfunction have become routine.

An RCMP media-relations corporal went public last week with claims that chronic sexual harassment in the workplace left her a broken woman. Corporal Catherine Galliford spent years as the public face of the Mounties in British Columbia, and other female officers have stepped forward to echo her allegations.

It's clear that no one police commander has a magic bullet to restore the 30,000-member RCMP to its iconic stature. Rival candidates for the top job tried to sell themselves to Prime Minister Stephen Harper's government by pointing to exterior credentials – how they had earned doctoral degrees in law, managed municipal police forces or were adept at navigating the federal bureaucracy.

But Mr. Harper went with Commissioner Paulson – a lifelong Mountie who joined the military after high school and worked for years as an unheralded constable in Chilliwack, B.C., a man whose successes have come only as a cop.

But there have been many. Commissioner Paulson once persuaded a pedophile and murderer to confess his crimes. Later, in an internal affairs probe, he so doggedly investigated a Mountie boss that she complained to Parliament that he was unrelenting. While probing outlaw bikers as a detective, he would introduce himself to Hells Angels members.

"Our challenge is to talk to the ones that still have an ounce of humanity left in them," he told a Vancouver Sun reporter in 2003. He said he'd "hang up my skates" if he didn't get a landmark biker conviction.

Politically savvy and media friendly, Commissioner Paulson's style is a clear contrast to that of his predecessor, a career bureaucrat who promised administrative reform after the Conservative government appointed him in 2007.

At the time, one Conservative aide tried to bolster the popularity of William Elliott by likening him to Eliot Ness – the fabled U.S. federal agent whose exploits were lionized by Hollywood. "Think Kevin Costner in The Untouchables, but with a better sense of humour," the official said.

It was a stretch. Mr. Elliott's tendency to erupt in anger led to an exodus of senior Mounties. Commissioner Paulson has been known to make withering remarks – but he made a point of telling reporters on Wednesday that he is not "a yeller and screamer."

In coming weeks he will have to install his own inner circle and rebuild trust – among senior commanders, with the rank and file, and eventually between the Mounties and the Canadian public.

He brings all-important "street cred" to the job, fellow officers say. "He's been there, done that. He's got the T-shirt," said Inspector Andy Richards of the Port Moody Police Department, who worked with Commissioner Paulson on biker investigations. "The RCMP guys that work on the streets, the guys that live and breathe police work as he did – and does – respect that."

He says he got to know Commissioner Paulson in the early 2000s as "a consummate team builder, a guy that appreciates differences of opinion" – and also as a rock-solid detective.

"He wanted to go after serious criminals," Insp. Richards said. "And to be honest, at that time that was a bit of rarity in the RCMP."

With reports from Jane Taber and Stephanie Chambers 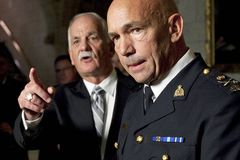 Root out sexual harassment from the RCMP
November 16, 2011 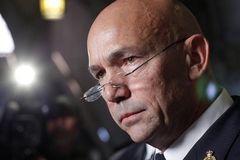 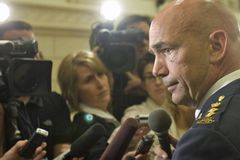 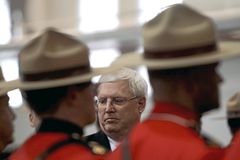 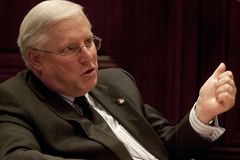 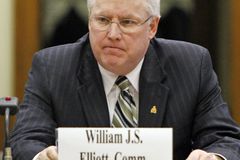 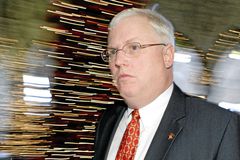 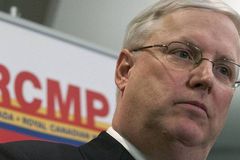 Follow Colin Freeze and Daniel Leblanc,  on Twitter @colinfreeze @danlebla
Report an error Editorial code of conduct
Due to technical reasons, we have temporarily removed commenting from our articles. We hope to have this fixed soon. Thank you for your patience. If you are looking to give feedback on our new site, please send it along to feedback@globeandmail.com. If you want to write a letter to the editor, please forward to letters@globeandmail.com.
Comments