The new U.S. ambassador to Canada, Kelly Craft, said she will work to make trade and travel "easier" between the two countries.

Speaking to reporters on her first official day on the job, Ms. Craft read a statement at Rideau Hall alongside her husband, Joe Craft.

"I will work to promote our strong economic relationship," she said. "I am committed to continuing our collaboration to address security at the border. But I also want to make sure we continue to make it easier to engage in cross-border trade and travel."

Ms. Craft takes on the position at a very sensitive time in the Canada-U.S. relationship. President Donald Trump has initiated a renegotiation of the North American free-trade agreement, raising serious questions about the future of the economic relationship between Canada and its top trading partner.

Canada, Mexico and the United States recently announced that they will not be able to reach a NAFTA deal before the end of the year, as originally hoped. There is currently no agreement on major issues affecting the Canadian economy, such as new content quotas for auto manufacturers and potential changes to supply management in the agriculture sector.

The key post of ambassador to Canada has remained vacant since January. On Monday, Ms. Craft presented her credentials to Governor-General Julie Payette before meeting with Canada's Foreign Affairs Minister Chrystia Freeland.

Ms. Craft has worked in consulting and has been a major fundraiser for Republican politicians, including Mr. Trump's presidential campaign. Both she and her husband are also major fundraisers for the University of Kentucky and Morehead State University in Kentucky. Joe Craft is chief executive officer of Alliance Resources Partners LP, which is one of the largest coal producers in the United States.

Canada and the United States do not see eye-to-eye when it comes to climate-change policy and the future of coal. Mr. Trump has vowed to increase coal production as a way of boosting employment in states such as West Virginia. Mr. Trump has also said that the United States will pull out of the international Paris climate agreement. In contrast, Canada's Environment Minister, Catherine McKenna, is a strong proponent of the Paris accord and she keeps a statement at the top of her Twitter account that says: "Phasing out coal-power generation is the right thing to do."

The morning ceremony at Rideau Hall, which also included new ambassadors from Nigeria, Tunisia, Peru and Zambia, was the first such event hosted by Ms. Payette since her Oct. 2 installation as Governor-General.

Ms. Payette made several references to her background as an astronaut as she welcomed ambassadors from around the world, telling some of them what their countries look like from space.

She noted that earlier this month aboard the International Space Station, U.S. astronaut Randy Bresnik – who like Ms. Craft is from Kentucky – took part in a spacewalk to replace equipment at the end of the Canadarm2 robotic arm.

"It just so happens that there was this fabulous American-Canadian handshake in space, just in time to welcome you and just in time to make sure that we have a fruitful and very productive relationship," Ms. Payette said to Ms. Craft. 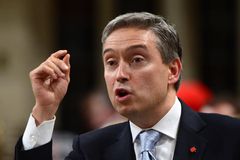 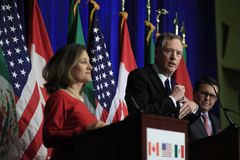