Newfoundland and Labrador's Progressive Conservatives broke a deadlock Saturday night by selecting a former police officer to be the province's next premier after an extraordinary leadership convention that saw Paul Davis win two ballots before he was declared the victor.

The convention in St. John's went to a surprise third ballot when the party said neither Davis or John Ottenheimer had won a clear majority of the votes cast on the second ballot.

After his victory speech, Davis acknowledged the sometimes bewildering set of events that led to his win.

"No one would could have ever predicted the circumstances that unfolded here tonight," he said.

"We are where we are and we've gone through a process that has been fair to everybody, that's followed the rules of the constitution and it's resulted in this. I'm quite happy with the result, obviously."

Davis won the third ballot with 351 votes to Ottenheimer's 326.

On the second ballot, Davis received 340 votes and Ottenheimer 339, with one spoiled ballot. The party determined a clear majority of the votes cast hadn't been achieved by either candidate.

That left the two camps scrambling to find delegates who had already left the convention to get them to return to vote again.

Steve Kent, 36, was knocked out of the race after the first ballot, but backed Davis, his former cabinet colleague.

The outcome of the second ballot on was the latest odd twist in the party's attempt to find a new leader to replace former premier Kathy Dunderdale.

A leadership convention scheduled for earlier this summer was cancelled when businessman Frank Coleman unexpectedly quit for unspecified family reasons. He was the only candidate left in the race after the party disqualified one challenger and the other contender dropped out.

Davis, 53, will become the province's 12th premier and must call an election within 12 months of taking office. He hasn't decided when he will be sworn in and he didn't rule out calling an election next spring.

Ottenheimer, 61, left politics in 2007 due to health issues and later served as chairman of Newfoundland and Labrador Hydro.

The Tories have held majority power since 2003 and were a potent force under former premier Danny Williams, but they are hoping Saturday's old-style leadership convention will help revive the party from a slump in its popularity.

Dunderdale won re-election in 2011 after Williams retired from politics but she quit in January amid questions about her leadership and after Newfoundland-wide power blackouts.

The party has lost four straight byelections — three of them in districts that were held by senior cabinet ministers, including the one held by Dunderdale.

Davis, who was a member of the Royal Newfoundland Constabulary before getting into provincial politics in 2010, is promising to rejuvenate the party through reconnecting with its grassroots and voters.

Although the Tories are down in the polls, Davis said they still have a strong approval rating for the direction they have taken the province.

"If people don't feel they are connected with their government, then we've got a problem we've got to fix," he told reporters.

"And mark my words, they'll be proven wrong again right here in Newfoundland and Labrador."

Davis was diagnosed in 2011 with non-Hodgkin's lymphoma but has since recovered.

He said as premier he would work to ensure offshore oil wealth — $19 billion in royalties since 1997 — is better shared around the province, including a revamped fishery.

"Under my leadership, the PC party will be a party for the people with a focus on working together to take advantage of every opportunity, strengthen our communities and build a brighter tomorrow," he said in his victory speech.

What it means to be a Newfoundlander is quickly changing
August 15, 2014 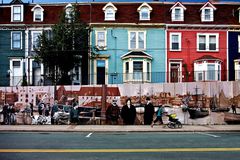 Newfoundlanders who lined up to serve in WWI still revered as the Blue Puttees
August 31, 2014 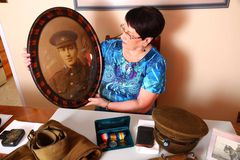 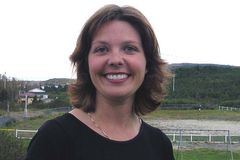 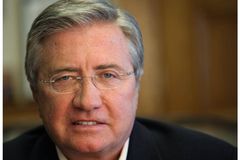 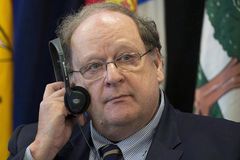