A revelation from Newfoundland Premier Kathy Dunderdale about pressure from Ottawa to make concessions for a trade deal with the European Union demonstrates how big a loss Nigel Wright's departure represents for the Harper government.

In a speech Monday to the St. John's Board of Trade, Ms. Dunderdale described how Stephen Harper used Mr. Wright as a go-between in hard-driving talks aimed at getting Newfoundland to rewrite fish-processing rules in a manner that would please the European Union.

The former chief of staff, a 50-year-old Bay Street deal maker, quit the Prime Minister's Office on May 18 over his involvement in the Senate expenses controversy.

At the 11th hour of talks on a $1-billion federal loan guarantee for Newfoundland and Labrador's Muskrat Falls hydroelectric project, Ms. Dunderdale said, the PMO tried to make the aid conditional on the province agreeing to scrap provincial regulations that protect local fishery jobs.

It was late November, 2012. She said talks over the guarantee came close to falling apart after the Harper government tried to make its long-promised support for the power deal contingent on Newfoundland offering concessions for the EU trade deal.

Ms. Dunderdale told a business audience Monday she was so irate she slammed down the phone while talking to Mr. Wright.

"Poor old Nigel Wright. His ear's still ringing when I smacked the phone [down]," she told the business audience.

"The Prime Minister wanted a quid pro quo for the loan guarantee," she said. "Don't talk to me about fishery at the 11th hour."

After Newfoundland balked at the tradeoff, Mr. Harper flew to the province anyway on Nov. 30 to officially sign the loan guarantee.

Ms. Dunderdale's story shows how the Prime Minister relied on the Harvard-educated lawyer and Onex Corp. financier to help manage both provincial relations and, where necessary, negotiations that might help clinch the long-sought free trade deal with the European Union.

Mr. Wright quit the PMO after it came to light he had dipped into his personal fortune to repay Senator Mike Duffy's improperly claimed expenses. He has been replaced by 35-year-old Ray Novak, a low-profile aide to Mr. Harper who has served at his boss's side for more than a decade.

The Prime Minister is eager to clinch a trade deal with the 27-member EU – an achievement the Conservatives sorely need to demonstrate they can ink ambitious accords that reduce Canada's economic reliance on the United States.

Ottawa is in a race against the clock now that the European Union is turning its attention to a separate accord with the United States – a development that threatens to overshadow EU negotiations with Canada.

This long-delayed deal, which was supposed to be completed by 2012, would be Canada's biggest since the 1993 North American free-trade agreement.

Newfoundland regulations stipulate that fish brought ashore in the province be processed there – a rule that ensures jobs for local fishery plant workers.

The European Union is prepared to dramatically reduce tariffs on some fish and seafood imports – currently as high as 25 per cent – if this rule is dropped. The Harper government is keen to make the tradeoff. 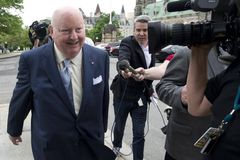 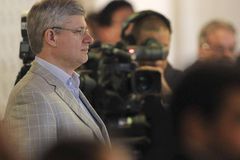 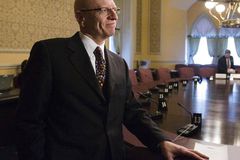 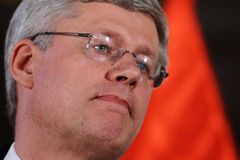 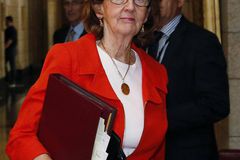 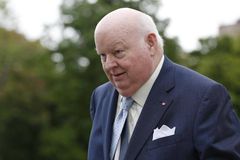 Reviewing lessons at the school for scandal’s B.C. campus
May 24, 2013 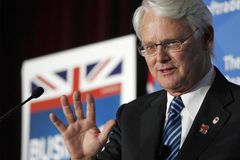 Auditors to deepen probe into Pamela Wallin’s Senate expenses
May 24, 2013 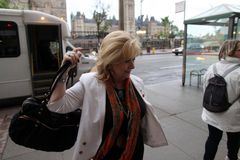 Globe Editorial: Note to politicians: Stop blaming the media for your problems
May 23, 2013