Former prime minister Stephen Harper's one-time chief of staff was never prosecuted for his role in Mike Duffy's Senate expenses fiasco, but now Nigel Wright is getting a belated slap on the wrist from the federal ethics watchdog.

By giving Duffy the money as part of an agreement in which the senator was to reimburse the Senate and acknowledge the error of his ways, Dawson says, "Mr. Wright was improperly furthering Sen. Duffy's private interests," sparing him the need to use his own funds. That's a violation of conflict of interest rules.

Moreover, she says Wright broke another section of the act when he used his position as Harper's right-hand man to try to influence Conservative bagman Sen. Irving Gerstein and the Conservative Fund Canada to dip into party coffers to reimburse Duffy's expenses.

Wright never faced any criminal charges for his role in the affair, although Duffy was charged with 31 counts of fraud, breach of trust and bribery. Wright was a prosecution witness during the subsequent trial, which ended last spring with Duffy being found not guilty of all charges.

Questions have long persisted about how Duffy could have been charged with accepting a bribe when Wright was not charged with offering one.

And the RCMP has faced some criticism for failing to charge Wright under the Parliament of Canada Act, which some parliamentary law experts believed would have been more likely to secure a conviction. A never-used provision of the act stipulates that it's an indictable offence to offer compensation to a sitting senator in regard to "any claim, controversy, arrest or other matter before the Senate."

In her report, Dawson notes that Wright's payment to Duffy "was serious enough" to prompt the RCMP to at least consider laying charges under the Parliament of Canada Act.

"Although the issue of illegality was not pursued, I would consider such an act to be undoubtedly improper," she says.

New Democrat MP Charlie Angus, who has pressured the RCMP to explain why it did not charge Wright under the act, was pleased that Dawson addressed the matter.

"Whenever we talk about this case in decades to come, they're going to say, 'Why did the RCMP ignore the most obvious piece of legislation that perfectly explained the crime that had been committed in the Prime Minister's Office?"' he said.

Other than publicly shaming public office holders who breach the Conflict of Interest Act, Dawson has no power to impose sanctions or penalties.

While he praised Dawson's "excellent report," Angus doubted it will give people much comfort.

"In fact, I think it's just going make Canadians more cynical about the political process," he said. "Canadians know what happened was wrong and there's no consequences."

Similarly, Duff Conacher, co-founder of Democracy Watch, said the report is "too little, too late." His advocacy group intends to initiate a private criminal prosecution of Wright for "corruptly" making the payment to Duffy.

"Democracy Watch was waiting for this ruling as a final piece of evidence that Wright's payment to Duffy was unethical and will now proceed with its private prosecution of Wright for the payment," Conacher said.

Wright resigned as Harper's right-hand man once news of the payment leaked out. He maintained throughout the ensuing political and legal maelstrom that he had done nothing wrong and only wanted to ensure that taxpayers were not left on the hook for Duffy's living expenses.

The whole affair stemmed from Duffy claiming living expenses for his long-time home in Ottawa while declaring his Prince Edward Island cottage as his primary residence.

Dawson initiated an investigation into Wright's conduct in May 2013, but suspended it a month later once the RCMP began looking into the matter. She resumed her investigation after Duffy's acquittal last year. 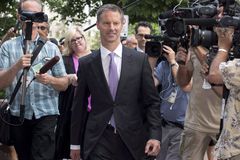 RCMP details reasons for not charging Nigel Wright in Mike Duffy Senate scandal
RCMP passed on charging former Harper aide Nigel Wright to get his testimony in Duffy trial
Report an error
Due to technical reasons, we have temporarily removed commenting from our articles. We hope to have this fixed soon. Thank you for your patience. If you are looking to give feedback on our new site, please send it along to feedback@globeandmail.com. If you want to write a letter to the editor, please forward to letters@globeandmail.com.
Comments