Canadians generally support the Liberal government's response to the Syrian refugee crisis, but many think there are not enough resources in communities to support their resettlement, according to a new Nanos Research/Globe and Mail poll.

The poll of 1,000 Canadians found that 68 per cent support or somewhat support the government's overall response to the Syrian refugee crisis, while 30 per cent oppose or somewhat oppose it. The government has resettled nearly 27,000 Syrian refugees since December of last year, with plans of welcoming thousands more throughout 2016.

"Canadians have given the Trudeau government a green light on this Syrian refugee crisis," said pollster Nik Nanos. "The one thing that they are concerned about is whether we have the necessary resources to resettle these refugees in our communities."

When asked if communities have all of the resources they need, such as housing, language training or social services, to resettle Syrian refugees, 61 per cent of Canadians disagreed or somewhat disagreed. On the other hand, 33 per cent agreed or somewhat agreed.

Chris Friesen, settlement services director of the Immigrant Services Society of B.C., said he was not surprised by Canadians' concerns about the lack of settlement resources at the local level.

"Here in British Columbia for example, we've had over the past two years a 15-per-cent cut in the immigrant settlement and language program funding," said Mr. Friesen. "The types of programs and supports we are seeing that are in short supply range from settlement-informed trauma support programs, a diversity of language programs, [and] additional children and youth programming."

Mr. Friesen said there is a particular need for youth support, as close to 60 per cent of recently arrived Syrian refugees are under the age of 18. He said many Syrians also have medical issues – physical and mental, including post-traumatic stress disorder – stemming from their experiences during the conflict that require support.

Previous housing problems appear to be nearly solved. For instance, Mr. Friesen said his organization knows of about only six or seven Syrian refugee families still in hotels. During the height of the government's efforts to resettle 25,000 Syrians before the end of February, Toronto, Ottawa and Vancouver asked the government to stop sending more refugees there for a few days as they struggled to house the large number of people who had already arrived. As of this week, 97 per cent of government-assisted Syrian refugees had moved into permanent housing, according to a government official.

The official said refugees are using the government services available to them. For instance, language assessments have been done for close to 80 per cent of Syrian resettlement clients over the age of 18, and 34 per cent of those assessed have begun language training.

Settlement funding will be increasing for all jurisdictions this year, the official also said. In addition to a base settlement fund of $588.6-million this fiscal year (outside of Quebec), the federal government has provided $38.6-million as a supplement to help deal with the arrival of the Syrian refugees and will kick in another $19.3-million through the budget, for a total of $646.5-million.

At the time of the survey, about 26,000 Syrian refugees had arrived in Canada, something 60 per cent of Canadians polled supported or somewhat supported. Similar support – 64 per cent – was seen for the government's decision in March to prioritize 10,000 privately sponsored Syrian refugee applications, which will be finalized by the end of 2016 or early 2017.

The Nanos Research random survey, conducted between April 28 and May 3 by phone and online, has a margin of error of plus or minus 3.1 percentage points, 19 times out of 20. 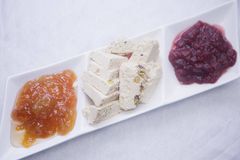 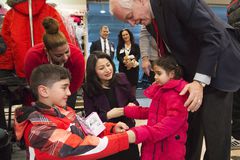