To varying degrees, several candidates for the Conservative leadership seek to unravel the conservative coalition forged by Stephen Harper, hoping to replace it with a populist, nativist movement similar to the one that elected Donald Trump.

Either they will fail and a Harper Conservative will win the leadership, or one will succeed, condemning the Conservative Party to many years in the wilderness. Because the Trump coalition simply doesn't exist in this country.

Canada routinely ranks among the happiest nations on earth. The 2016 United Nations World Happiness Report had us at sixth, behind the Nordic countries and Switzerland.

Read more: Why Andrew Scheer could be the next Conservative Party leader

Happy countries share in common governments that are committed to sound finances. They also enjoy high-quality public health care, education and other social services, something Harper Conservatives support. Harper Conservatives also join other Canadians (six-in-10, according to most polls) in endorsing high levels of immigration. Immigrants are welcome in Canada because our immigration policy is based on economic self-interest rather than compassion, and because the points-based system ensures that no one ethnic group dominates others.

And although the Ontario manufacturing sector has shed hundreds of thousands of jobs since 2000, the province as a whole is prospering, powered by the service-sector economy of Greater Toronto, the high-tech sector centred in Kitchener-Waterloo, and new, smaller, manufacturers springing up in Southwestern Ontario. (I reported on the Southwestern Ontario economy last February.)

In this context, another word for happiness is trust. If citizens trust their government to spend tax dollars on needed services, their police to treat them fairly, their central bank to protect a sound currency and so on, then populist uprisings will be few and weak. All in all, Canadian citizens trust the Canadian state.

But in the United States, trust is eroding, thanks to foolish wars, government waste and free-riding fat cats, leading to ideological warfare and populist rebellions.

In the rust-belt states that swung to Mr. Trump, white working- and middle-class voters blame foreigners for taking away their factory jobs, environmentalists for shutting down the coal mines, Latino migrants for changing the ethnic mix of their communities, and Muslims for making them feel less safe. They trust neither the state nor each other.

There are doubtless some Canadians who are this angry. But you won't find many of them in the suburban ridings of Greater Toronto and Greater Vancouver, dominated by new Canadians. You won't find many of them in Calgary and Edmonton. People are hurting there, but they know the downturn in oil and gas prices is to blame for the slump, not immigrants or low-wage factory workers overseas.

That doesn't mean Kellie Leitch, who is channelling a toned-down version of Trump memes, has no chance of winning the leadership. Only about 100,000 Conservative party members will vote for a leader, and that membership is older and whiter than the nation itself.

But whoever wins will have to appeal to voters in Mississauga-Erin Mills, to choose just one Greater Toronto example. That riding is 60 per cent non-white. In 2011, the Conservatives won the riding with 21,646 votes. In 2015, that vote went up slightly, to 21,716. Contrary to popular belief, the Conservatives held their suburban immigrant base in the last election.

But the Liberals took the riding by nearly 6,000 votes. Two thousand NDP voters switched to the Liberals, and the overall turnout increased by about 9,000 votes. (At 68 per cent nationally, turnout in the 2015 election was the highest since 1993).

Will turnout in 2019 drop back down to the post-2000 norm of around 60 per cent? How many disillusioned Liberal voters can be won over to the Conservative side? Can Conservatives broaden their support among suburban immigrant voters? These are the questions Conservative strategists should be asking – not whether the party can foment and surf a populist backlash.

Riding a wave of anger won't get you very far in the sixth-happiest place on earth. 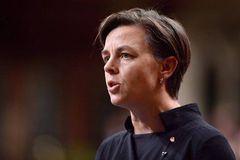 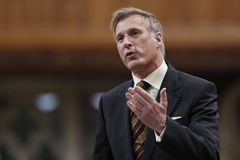 Why Andrew Scheer could be the next Conservative Party leader
March 21, 2018 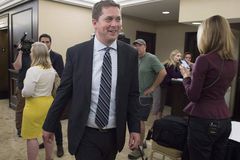